hacktivist group Anonymous marched in London and in Washington on Tuesday. 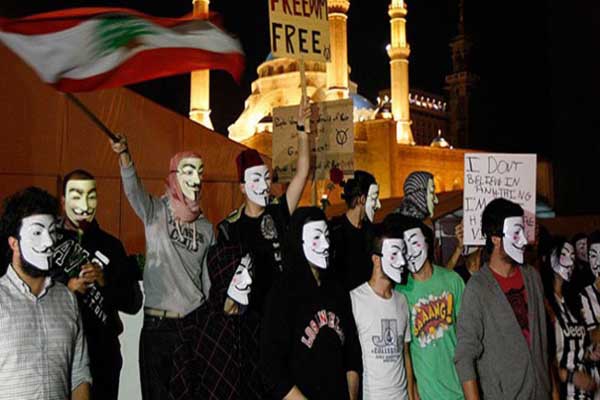 Protests organized by the international computer hacker group anonymous have taken place in 400 cities across the world. Sporting their trademark Guy Fawks mask, the 'Million Mask March' protests coincided with Guy Fawkes Day, an annual commemoration of an unsuccessful attempt to blow up the British Parliament on November 5, 1605. The biggest rallies were held in the U.S. capital Washington and the U.K. capital London. In Washington, the largely youthful protest was not unified around a single issue or grievance, as demonstrators variously called for more transparent government, the elimination of poverty, an end to war, and increased personal freedoms, among other demands. “I represent the people. We are all here speaking our own minds because we see a system that is unfair, it’s corrupt, it’s unjust. We are here not to present a beautiful government right now. We are here because we see things that are wrong with this country every single day,” said a protester who wishes to remain anonymous. He added, “Our voices are not being heard, they are not being represented by our representatives who we elect to go to Washington.” Another protester who withheld his real name said, “I am here for the many people who suffer, the many people who our government can’t afford to take care of, the many people within my own neighborhood, my own block that the government refuses to help.”

In London protests were largely peaceful, although police made 11 arrests made after protestors started a fire in front of Buckingham Palace. Protesters in Trafalgar square were supported by the presence of British celebrity presenter and comedian Russel Brand, who made headlines last month after publicly criticizing the capitalist system.

Speaking to the Guardian, Russel Brand said "Luckily with organisations like them, Occupy, anonymous and The People's Assembly I don't need to come with ideas, we can all participate. I'm happy to be a part of the conversation, if more young people are talking about fracking instead of twerking we're heading in the right direction."

anonymous is a group of 'hacktivists' who started hacking government websites from their original location in Spain but then quickly grew into the international movement it is today.