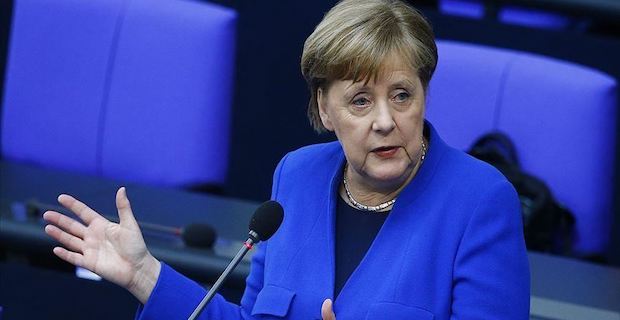 German Chancellor Angela Merkel has called on EU member states to reach a quick compromise on the COVID-19 economic recovery package, and warned that the bloc is facing the biggest challenge since its foundation. Addressing lawmakers in parliament on Thursday, a day before a key summit of European leaders via videoconference, Merkel said the coronavirus crisis has deepened inequality within the EU, indicating the bloc was vulnerable.

“Cohesion and solidarity in Europe have never been as important as they are now,” she stressed, adding that no country can withstand this crisis alone.

Merkel urged EU members, which expressed reservations over the €750 billion recovery package, to make compromise and support regions affected most by the pandemic.

“We will try to achieve an agreement as soon as possible both on the multi annual financial framework and on the special recovery fund,” she said, referring to Friday’s EU Council meeting on the proposed budget and recovery plan.

“The starting position is not easy at all, but I’m hoping that all EU member countries will act in the spirit of compromise given this unprecedented situation,” she added.

The German chancellor underlined the importance of reaching an agreement among the EU governments before the summer recess in August.

“So that we will be able to negotiate with the European Parliament during Germany’s EU term presidency, and national parliaments would have sufficient time to ratify decisions until the end of year,” she said.

Italy and Spain, the worst-hit European countries, will be the main beneficiaries of the scheme.

Committing to budgetary discipline, a group of rich countries – mainly the Netherlands, Sweden, Denmark, Austria, and Finland – expressed reservations about the proposed recovery plan and stressed that this should not lead to any debt mutualization, and money should be issued as repayable loans and not as grants.

Keywords:
Angela MerkelCoronavirusCOVID-19
Your comment has been forwarded to the administrator for approval.×
Warning! Will constitute a criminal offense, illegal, threatening, offensive, insulting and swearing, derogatory, defamatory, vulgar, pornographic, indecent, personality rights, damaging or similar nature in the nature of all kinds of financial content, legal, criminal and administrative responsibility for the content of the sender member / members are belong.
Related News