Merkel urges compromise between US, China 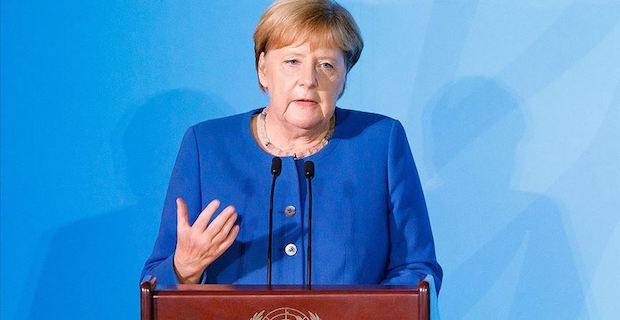 "Obviously the two largest economies of the world, the U.S. and China, are currently in a difficult situation as regards to trade," she said.

"All sides simply have to work for compromise, and there is still hope out there, that one may come to a solution. This would obviously do a lot towards reducing uncertainties and defusing them," she added.

Merkel also underlined that besides the U.S.-China trade tensions, uncertainty over the U.K.’s exit from the EU was a source of concern for the global economy.

"That too has an enormous potential for uncertainty. Because the Britain after all is not an insignificant smaller European country, but a big global player," she stressed.

Keywords:
Angela MerkelMerkelGerman Chancellor
Your comment has been forwarded to the administrator for approval.×
Warning! Will constitute a criminal offense, illegal, threatening, offensive, insulting and swearing, derogatory, defamatory, vulgar, pornographic, indecent, personality rights, damaging or similar nature in the nature of all kinds of financial content, legal, criminal and administrative responsibility for the content of the sender member / members are belong.
Related News