Breaking... The UK has recorded...

Coastline of abandoned town of... 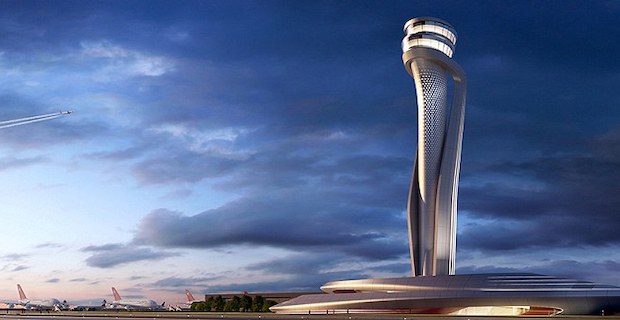 The big switch Friday from Ataturk Airport to the new mega-Istanbul Airport was continuing on schedule, according to officials overseeing the operation.

Turkey's flag carrier air company Turkish Airlines said some 38% of the overall moving operation has been completed thus far as the entire endeavor is expected to last 45 hours.

Police and gendarmerie teams have taken tight security measures along the route the trucks traveled, carrying "over 10,000 pieces of equipment weighing 47,300 tons", according to the air carrier.

Over 1,800 personnel is taking part in the "Great Move", according to Turkish Airlines.

The last flight from Ataturk Airport will be the scheduled Istanbul-Singapore flight of Turkish Airlines.

Istanbul Airport, the “world's new hub", officially opened on Oct. 29, 2018, the 95th anniversary of the founding of the Turkish Republic.

At a full annual capacity of 200 million passengers -- with the completion of all four phases with six runways until 2028 -- Istanbul Airport is set to become a global aviation hub hosting more than 100 airlines and flights to over 300 destinations around the world.

Keywords:
Ataturk AirportIstanbul Airport
Your comment has been forwarded to the administrator for approval.×
Warning! Will constitute a criminal offense, illegal, threatening, offensive, insulting and swearing, derogatory, defamatory, vulgar, pornographic, indecent, personality rights, damaging or similar nature in the nature of all kinds of financial content, legal, criminal and administrative responsibility for the content of the sender member / members are belong.
Related News