Situation 'critical' as 'spread of the virus out of control,' Sadiq Khan says as ICU patients number reaches 7,000+ 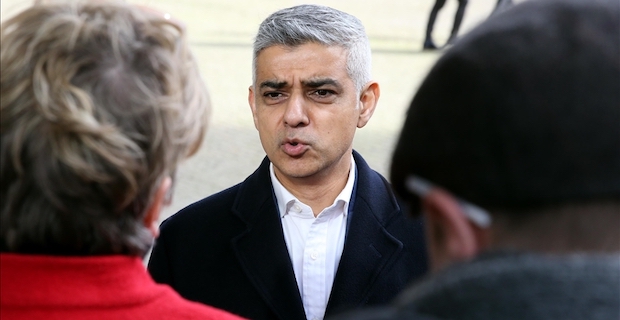 London Mayor Sadiq Khan declared a “major incident” across the city as hospitals are on the brink of becoming overwhelmed due to rising number of COVID-19 patients. “The situation in London is now critical with the spread of the virus out of control [...] We are declaring a major incident because the threat this virus poses to our city is at crisis point,” Khan said on Friday. Khan said the virus is “out of control” in the British capital and urged Londoners to follow lockdown rules and not mix over the weekend.

He said: “Our heroic doctors, nurses and NHS staff are doing an amazing job, but with cases rising so rapidly, our hospitals are at risk of being overwhelmed.

“The stark reality is that we will run out of beds for patients in the next couple of weeks unless the spread of the virus slows down drastically.”

Khan said the decision came “because the threat this virus poses to our city is at crisis point. If we do not take immediate action now, our NHS could be overwhelmed and more people will die.”

The emergency declaration came as more than 7,000 patients are currently being treated at hospitals across the city. The latest number is nearly 2,000 more than the first peak in April.

A further 10,000 Londoners tested positive for the virus yesterday, a number which brought up the weekly rate to 1,035.9 cases per 100,000 people in past seven days.

More than 9,300 Londoners have died within 28 days of a positive test, according to latest figures.

Rupert Pearse, a professor of intensive care medicine, is quoted by the Evening Standard as saying that doctors had been “horrified” at the recent rise in cases in London.

“The situation is genuinely serious.

“The workload is phenomenal. In my hospital we have more than 120 ICU patients. We are hoping that will stop at about 150 but we don’t know,” Pearse added.

The increase in positive cases across the UK reached a staggering 400,000 within the last week, according to official data.

The rapid spike came after British health officials reported a new variant of the virus in December.

Across the UK, the number of people who died within 28 days of their first positive COVID-19 test is now more than 78,500, the latest figures show.

Keywords:
London MayorSadiq KhanCOVID-19NHS
Your comment has been forwarded to the administrator for approval.×
Warning! Will constitute a criminal offense, illegal, threatening, offensive, insulting and swearing, derogatory, defamatory, vulgar, pornographic, indecent, personality rights, damaging or similar nature in the nature of all kinds of financial content, legal, criminal and administrative responsibility for the content of the sender member / members are belong.
Related News