Labour says it would scrap Theresa May's Brexit plans and unilaterally guarantee the rights of EU residents before talks start, if they win power. 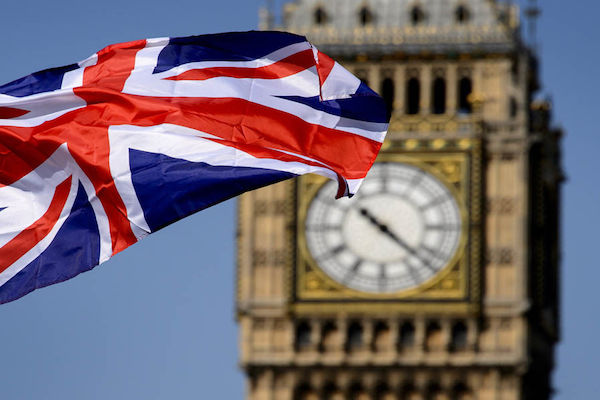 It would also seek an early deal on transitional arrangements to smooth the way for the UK's departure in 2019. The Conservatives said only they had a clear plan for exiting the EU. Ahead of a campaign visit to Wales on Tuesday, Theresa May said the Brexit vote should have been a "wake-up call for a generation of politicians who have taken the people for granted for too long", but instead other parties had "closed ranks". The Conservatives are hoping to take seats from Labour on 8 June in areas which voted to leave the EU, including the Midlands, the north-east and north-west of England and across Wales. Most Labour MPs backed Remain vote in last year's referendum.

Labour has been criticised by, among others, former prime minister Tony Blair, for a perceived lack of clarity in its approach to Brexit. Unlike the Lib Dems, it has ruled out offering a second referendum on the terms of any Brexit deal, but suggested Parliament could stop a so-called "hard Brexit". In Labour's first major policy statement of the election campaign, the party is signalling it would take a different approach to the two-year process of negotiating the EU's exit - expected to start in earnest in June.

It says it would:

Focus on a deal that "retains the benefits" of both organisations

Press for a reciprocal guarantee for the 1.2 million Britons living on the continent