Humanitarian access to besieged communities in Syria cannot wait for the outcome of peace talks, U.S. Secretary of State John Kerry has said 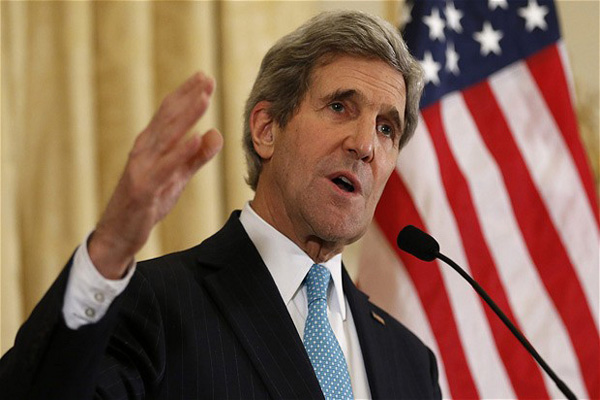 Speaking in London, Kerry said a UN Security Council resolution “could not be more clear” that both regime and opposition forces needed to grant humanitarian access immediately.

Kerry said he had a “robust discussion” with Russian Foreign Minister Sergei Lavrov to discuss ways of allowing access for aid convoys and humanitarian assistance.

He said they had agreed on further talks on implementing last December’s resolution, which calls on all sides in the Syrian conflict to provide “rapid, safe and unfettered access throughout Syria” to humanitarian agencies.

Kerry was speaking after talks with U.K. Foreign Secretary Philip Hammond on the fringes of Thursday’s Syria Donors Conference in London.

U.N.-sponsored talks in Geneva aimed at ending the Syrian civil war were suspended on Wednesday due to intensified fighting in the country.