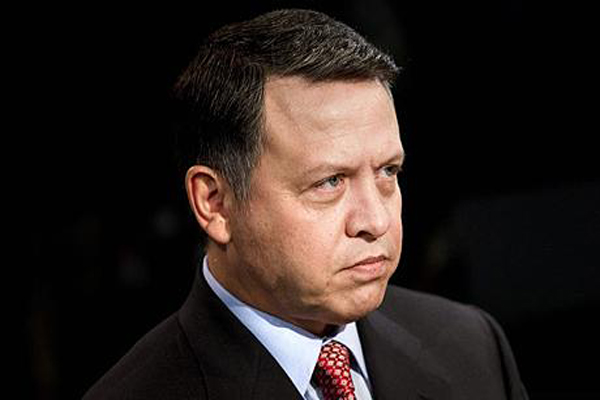 King Abdullah also said Palestinians could launch an Arab Spring-style revolt if they felt prospects for settlement of their conflict with Israel had reached a dead end, the London-based Asharq al-Awsat newspaper said. Situated near Syria and next door to Israel and the occupied West Bank, U.S.-allied Jordan is affected by instability in the region. Jordan has taken in more than 500,000 Syrians out of a total 1.5 million who have fled the war, U.N. officials say. "It has become clear to all that the Syrian crisis may extend from being a civil war to a regional and sectarian conflict...the extent of which is unknown," King Abdullah said in an interview. "It is time for a more serious Arab and international coordination to stop the deterioration of the Syrian crisis. The situation cannot wait any longer," he added.

U.S. President Barack Obama last week said that Washington, keeping a wary eye on the war, has left about 700 combat-equipped troops in Jordan after a training exercise. The United States had previously decided to leave Patriot missiles and warplanes there.

King Abdullah said that efforts to convene a peace conference bringing together the Syrian government and the opposition remained "the logical and ideal way" to find a peaceful solution to the crisis.

Talks between the United States and Russia in Geneva on Tuesday to set up such a conference produced no agreement, with the powers on either side of the conflict failing to agree when it should be held or who would be invited.