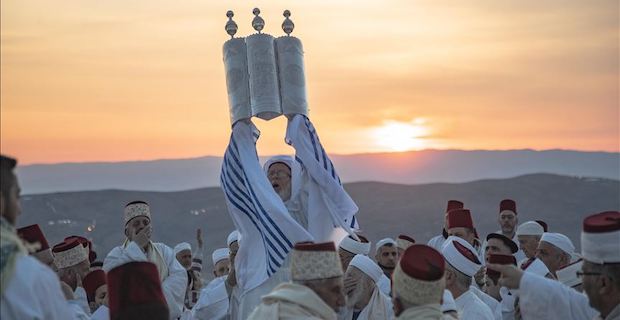 Hundreds of Jewish settlers forced their way into Jerusalem's flashpoint Al-Aqsa Mosque compound on Wednesday, to mark the Jewish holiday of Sukkot, according to a Palestinian agency.

"Around 400 settlers backed by Israeli police stormed the Al-Aqsa compound since early morning," the Religious Endowments Authority, a Jordan-run agency responsible for overseeing the city's Muslim and Christian holy sites, said in a statement.

According to the statement, Israeli police detained a Palestinian girl inside the complex, but without specifying the reason for the arrest.

Sukkot is a week-long holiday, which started Sunday evening and will continue until the coming Sunday.

For Muslims, Al-Aqsa represents the world's third holiest site. Jews, for their part, refer to the area as the "Temple Mount," claiming it was the site of two Jewish temples in ancient times.

Israel occupied East Jerusalem -- in which the Al-Aqsa is located -- during the 1967 Middle East War. It formally annexed the entire city in 1980, claiming it as its capital -- a move never recognized by the international community.

Keywords:
JewishJewish Settlers Storm
Your comment has been forwarded to the administrator for approval.×
Warning! Will constitute a criminal offense, illegal, threatening, offensive, insulting and swearing, derogatory, defamatory, vulgar, pornographic, indecent, personality rights, damaging or similar nature in the nature of all kinds of financial content, legal, criminal and administrative responsibility for the content of the sender member / members are belong.
Related News