Fukushima, revived by the news of leaks of radiated water at the plant, have threatened to further delay the restart of other off-line reactors. 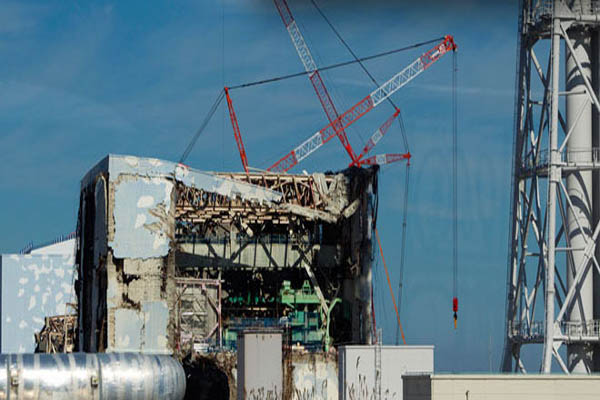 Japanese Prime Minister Shinzo Abe said on Monday the government will take prompt, comprehensive steps to clean up the wrecked Fukushima nuclear plant amid growing concerns about the plant operator's ability to handle it. Embattled Tokyo Electric Power Co, or Tepco, said at the weekend that radiation near a tank holding highly contaminated water at the plant had spiked 18-fold, to a level that could kill an exposed person in four hours. No new leak had been detected at the tank, but another leak was found from a pipe connecting two other tanks. Abe reiterated that the government will step forward to take all necessary steps to handle the legacy of the world's worst nuclear disaster in a quarter century, adding it will draw up a fundamental plan to do so "quickly." Abe's cabinet is likely to discuss this week funding for the Fukushima clean-up after a series of revelations about leaks of radioactive water at the coastal plant, said Tadamori Oshima, who heads the ruling Liberal Democratic Party's taskforce on post-disaster reconstruction. Public concern over Fukushima, revived by the news of leaks of radiated water at the plant, have threatened to further delay the restart of other off-line reactors - a key part of Abe's plan for economic revival and a pillar of the turnaround plan Tepco has given its creditor banks.

Japan's nuclear industry, which once provided a third of the nation's power, has nearly come to a halt since a massive earthquake and tsunami struck the Fukushima plant in March 2011, causing reactor meltdowns. Tepco has been pumping water over the reactors to keep them cool, and storing the radioactive waste water as well as contaminated ground water in ever-growing numbers of above-ground tanks.

Japanese officials also fear that international attention to the Fukushima crisis could threaten Tokyo's bid to host the 2020 Olympic Games, a decision set to be made by the International Olympics Committee on Saturday in Buenos Aires.

Japan's foreign ministry has begun issuing English language updates on the Fukushima plant and the Tokyo Metropolitan Government now carries the latest radiation data on its website showing that radiation levels in the capital, some 230 km (140 miles) from the stricken facility, are on par with or lower than London and New York.