the International Transport Workers' Federation (ITF)salutes the ongoing courageous and peaceful struggle of the people of Turkey. 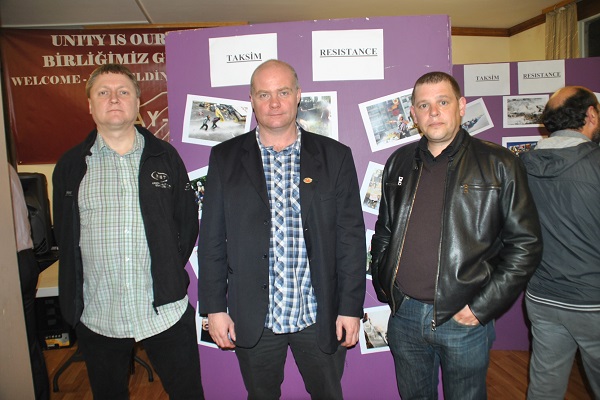 On behalf of the 4.5 million transport workers it represents worldwide, the International Transport Workers' Federation (ITF)salutes the ongoing courageous and peaceful struggle of the people of Turkey. The ITF condemns the savage repression unleashed by the security forces under the explicit orders of the AKP government.

We join the rest of the democratic world in condemning the shift of the AKP government towards authoritarianism, a trend that has become apparent in recent years. Successive reports by the International Trade Union Confederation (ITUC) on violations of trade union rights demonstrate the Turkish state’s poor record of respecting workers’ rights.

The ITF would like to convey to you this personal message from Stephen Cotton, ITF acting general secretary:

“The long running campaigns by the ITF member unions Tumtis and Hava-Is – one fighting unlawful victimisation and anti-trade unionism, the other fighting for the reinstatement of 305 unfairly sacked members – show how workers’ rights are blocked and how deeply legitimate grievances are felt. In both cases the law has so far failed to redress those grievances. The resulting exasperation and lack of legal redress is feeding into the widespread feeling that in Turkey change has to be put on the agenda through mass action.

"The ITF stands in strong solidarity with our Turkish affiliates taking part in these peaceful rallies and demonstrations in response to the government's heavy-handed actions in cracking down on legitimate protest.

"Transport workers worldwide believe that building mutual trust based on respecting human rights, including trade union rights, is the only democratic and acceptable way out from this crisis. We call on the government to engage in genuine and constructive dialogue with the protestors. We further call for the trade unionists, journalists and other activists who have been detained or arrested to be released immediately."

The ITF is strongly supportive of the popular protests in Turkey, where it is helping defend Hava-Is and Tumtis workers; supporting BTS and other KESK officials who arebeing targeted in what it believes is a politically motivated court case; and backing 14 Tumtis members in Ankara who are awaiting appeals against further anti-union motivated charges.