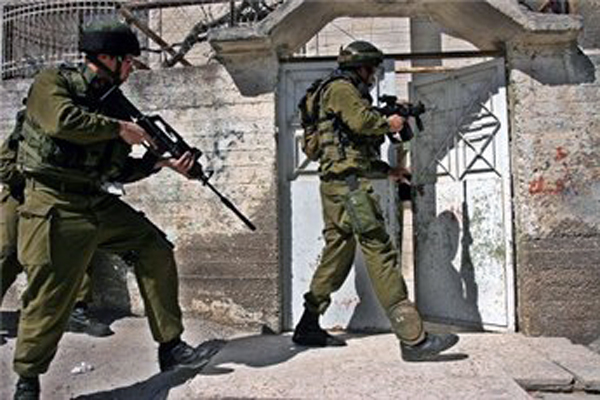 An Israeli military spokeswoman had no initial comment. Doctors at a Jenin hospital said Majed Lahlouh, 20, was killed with a bullet to his heart. The wounded men also suffered gunshot wounds, they said. Eyewitnesses said the Israeli troops entered the narrow streets of the Jenin camp at dawn, apparently seeking to arrest a local resident. Palestinian youths threw stones at the soldiers, who responded with live gunfire. Last week Israel and the Palestinians resumed U.S.-brokered peace talks after a three-year breakdown although neither side has expressed much optimism for a major breakthrough.

Violence in the West Bank has worsened since the beginning of 2013. Israeli forces have killed 11 Palestinians there this year, most of them in clashes, compared with three killed in the same period in 2012, according to United Nations figures.