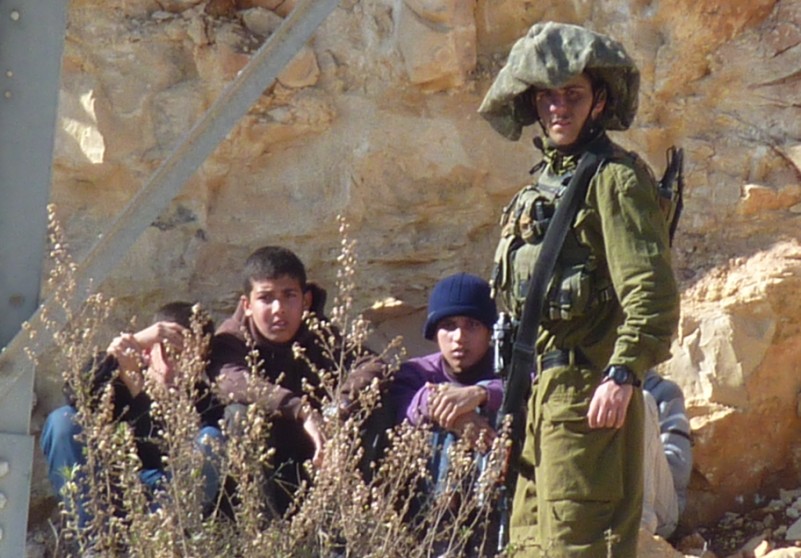 The children were taken from northern West bank village of Kfar Qaddum and held for more than an hour on Friday, after clashes erupted when local Palestinians and international activists engaged in a weekly protest against the Israeli occupation.

An Israeli military spokeswoman admitted that some minors at the protest, saying "When the soldiers realized that these were youngsters who were under age they just asked them a few questions and let them go."