DOLLAR 9.2201
EURO 10.7586
GOLD 528.58
BIST 1432.8
Albany Park is a fantastic example of how we are improving and enhancing...
Mayor of London’s ‘My London Borough of Culture’ programme, with...
Tesco is opening its first checkout-free store in central London
The spending limit on each use of a contactless card has now risen from...
GPs in England are being told to see more patients face-to-face
The Youth Alive programme is led by Enfield Council’s Public Health...
Enfield is the only North London destination for Totem Latamat which is...
Herd immunity by infection approach and delaying lockdown lead to many...
Walk Me Home would allow users to opt in to a GPS tracking system and...
Sexual misconduct were made against serving police officers across Britain...

Israel is 'only suspect' in Arafat's assassination 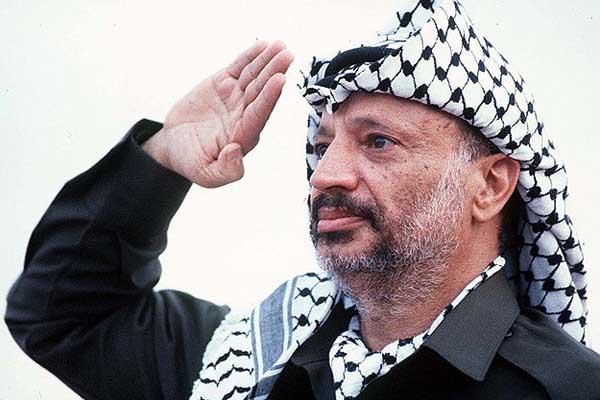 A chief Palestinian investigator said Friday that Israel is the prime suspect in the death of late president Yasser Arafat.

"Arafat did not die of old age or disease," Tawfiq Tirawi, a member of Fatah Central Committee who chairs a committee investigating Arafat's death, told a press conference.

"Israel is the only suspect in his death," he added.

Arafat, 75, died in France in 2004, but doctors were unable to specify the cause of the death.

His remains were exhumed in November 2012 and tests conducted by a team of Swiss experts on his body showed "unexpected high activity" of polonium.

"By the data we have and through our investigations, we are very close to identifying the murderer of Arafat," Tirawi said.

He went on to say that "France knows the whole truth, and knows all the data relating to the death of President Arafat.”

Dr. Abdullah Bashir, the head of medical inquiry commission, said Arafat did not suffer from a heart or artery disease.

"The Palestinian Commission of Inquiry concluded that Arafat's death was caused by a toxic substance," he added.

He stressed that "the Russian and Swiss reports confirmed the presence of large quantities of the Polonium-210 in Arafat’s body.”

Polonium-210 is a highly radioactive substance. It is found in low doses in food and created naturally in the body, but can be fatal if ingested in high doses.