Is the Britain to recognise North Cyprus as a sovereign country ?

BRITAIN can help deliver "an historic opportunity" to bring a peaceful settlement to the political crisis which has divided the island of Cyprus for almost six decades in talks in Geneva next week. 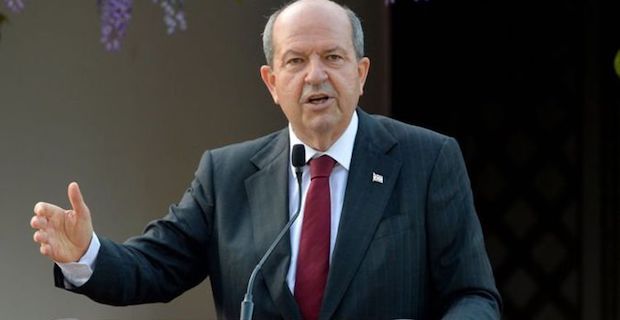 Speaking exclusively to the Sunday Express, the President of Turkish North Cyprus Ersin Tatar has urged Boris Johnson’s government to get behind his plan for a two-state solution which he will propose at the talks. He believes that after Brexit freed Britain from the EU it can now fulfill its role as a neutral guarantor for the eastern Mediterranean island, ensuring that both Greek Cypriots and Turkish Cypriots are treated in a balanced way.

And Whitehall sources have told the Sunday Express that UK ministers are considering officially recognising North Cyprus as an independent country.

A resolution to the problem would help the 300,000 Turkish Cypriots in Britain whose country is currently not recognised and would see direct flights to it allowed for the first time.

Thousands of British citizens in Northern Cyprus would also be able to come and go more easily while it could become a popular holiday destination along with the south.

At one point in the Brexit negotiations, British citizens living in Northern Cyprus were threatened with arrest and fines if they crossed over into the south as EU leaders tried to put pressure on the UK for a deal.

A deal would also potentially bring a long-term agreement on the UK’s two military bases in Cyprus.

Keywords:
UKCyprusNorth CyprusBritain
Your comment has been forwarded to the administrator for approval.×
Warning! Will constitute a criminal offense, illegal, threatening, offensive, insulting and swearing, derogatory, defamatory, vulgar, pornographic, indecent, personality rights, damaging or similar nature in the nature of all kinds of financial content, legal, criminal and administrative responsibility for the content of the sender member / members are belong.
Related News