Hazrat Sultan is the new international airport of the ancient city of Turkestan, which was found in the V century AD. 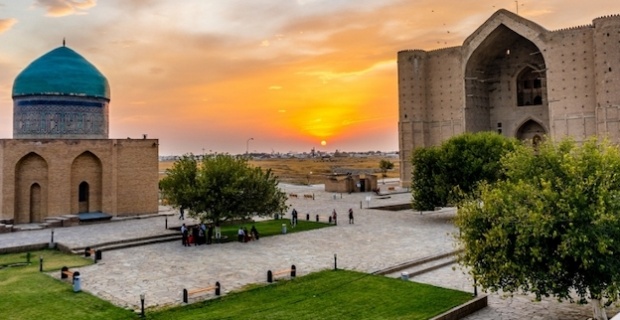 AVRUPA TIMES/Aisha AMAN/Kazakhstan-Hazrat Sultan is the new international airport of the ancient city of Turkestan, which was found in the V century AD. On the evening first day of winter the capital center of the Turkic world took the first flight from the capital city Nur-Sultan. And passenger transportation will officially in Almaty begin on December 5.
Turkestan the city is located along the Silk Road, called the spiritual capital of Kazakhstan, has always attracted tourists from all over the world, because in this city there are old mounds and the mausoleum of Khoja Akhmet, which was built by Amir Temir in 1396-1398.

And soon the new airport will open international flights to Istanbul and Dubai, to the following Moscow, Baku, Samarkand. Local media reports this was announced by the Ministry of Industry and Infrastructural Development of the Republic of Kazakhstan. 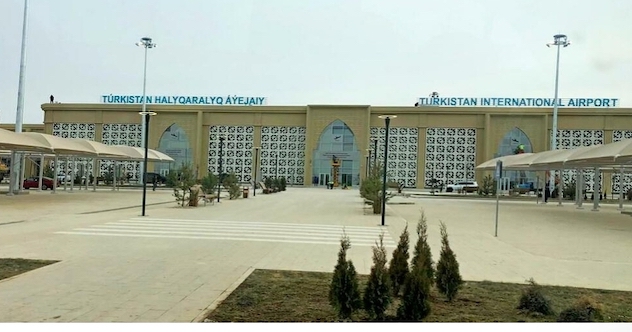 Keywords:
TurkestanTurkestans Hazrat SultanHazrat Sultan New International AirportKazakhstanNur-Sultan
Your comment has been forwarded to the administrator for approval.×
Warning! Will constitute a criminal offense, illegal, threatening, offensive, insulting and swearing, derogatory, defamatory, vulgar, pornographic, indecent, personality rights, damaging or similar nature in the nature of all kinds of financial content, legal, criminal and administrative responsibility for the content of the sender member / members are belong.
Related News