If Amazon falls, we will all fall: Indigenous advocate 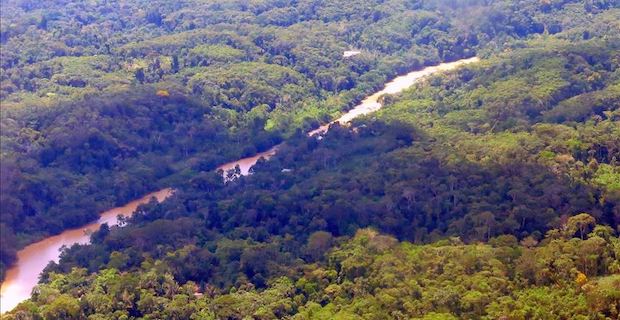 In South America’s Amazon region, the lives of indigenous people are at great risk as deforestation of the rainforests continues despite global calls for action, according to an advocate from the indigenous community.

Speaking to Anadolu Agency on the continuing deforestation of the Amazon and its effects on the local community, Eloy Terena, an indigenous leader and legal counsel of the Articulation of the Indigenous People of Brazil (APIB), said they draw strength from the forests to fight for survival and they look after nature, so nature looks after them.

"The forest is our mother, is our home, where we live, fish, hunt and plant. Without our territory, we cannot grow our food or have water to drink. We cannot raise our children. We cannot maintain our existence. We were born with a deep connection to the land, which is our greatest patrimony," he said.

Citing scientific works that recognize indigenous communities as "the best solution" to climate change, he said indigenous people are the "best guardians" of the planet's forests as well as biodiversity.

"Legal certainty of our territories must be a worldwide priority and global climate change policies must work with indigenous and territorial organizations to be truly effective," he said, adding although indigenous lands are demarcated, registered and controlled by its own people in Brazil, environmental destruction continues, especially across some states like Rondonia, Mato Grosso and Maranhao.

Citing the link between President Jair Bolsonaro's administration and deforestation activities, Terena said: "His racism and hate encourage miners and loggers to invade our territories and kill our people."

"He wants to permit industrial mining, oil and gas projects and hydroelectric dams in our territories, which brazenly violates Brazil's constitution," he noted, referring to Bolsonaro's promise to encourage economic development in the Amazon.

The Indigenous and Tribal Peoples Convention of 1989 rejects acts that legalize mining on indigenous lands, he added.

"We will do what we have been doing since the Europeans arrived in Brazil more than 520 years ago: fight for our existence...and we will not let our genocide happen again," he highlighted. "If the forest falls, we will all fall."

Indigenous people are calling on the international community, especially the European Union, to reject the EU-Mercosur agreement and to support them, since European and North American companies are among those that are exploiting resources of the rainforest the most, he added.

"More than ever, we need to support indigenous people, who are on the frontlines of conservation battles," Christian Poirier, program director of Amazon Watch, told Anadolu Agency, referring to the main thing to be done to prevent the "worst-case scenario" for the rainforest.

He went on to say that the world is rapidly approaching a "doomsday scenario” in which the Amazon rainforest will reach an irreversible tipping point and stop playing a stabilizing role for the global climate.

"In the very short term, if Bolsonaro manages to permit mining on indigenous lands, it will not only mean further destruction of the forest and its rivers but a generalized genocide of several indigenous groups."

According to the Real-Time Deforestation Detection System (DETER) of Brazil's National Institute for Space Research (INPE), deforestation in the first month of the decade has doubled to 280 square kilometers (108 square miles) compared with January 2019, he said, "which is an area 83 times the size of New York’s Central Park."

Mentioning that forests help stabilize the climate by absorbing carbon dioxide (CO2) in the atmosphere, he said that also can be converted from a carbon sink into a source of carbon as a result of cutting and burning.

"This process is occurring due to spiking levels of deforestation and exposes that the Amazon is reaching a major tipping point wherein the forest will cease to be able to regenerate itself and will convert to savanna grasslands," he said.

"A carbon sink nearly the size of the continental United States would become a carbon producer," Poirier stressed, citing the well-known article ‘Amazon Tipping Point’ published in the Science Advances journal in December last year, adding if this happened, it would lead to catastrophic consequences for the world’s climate stability.

Touching on the last year's unprecedented fires in the Amazon, where forest clearing increased by 80% on all indigenous lands, according to Brazil’s Socio-Environmental Institute (ISA), he said it was the direct result of the government’s "criminal negligence and mismanagement” which continues unabated.

"Ongoing increases in illegal deforestation levels prove that the regime has done nothing to remedy underlying causes of forest loss, and this destruction has been accompanied by rising violations of the rights of indigenous peoples, more invasions of their territories and more attacks and murders of indigenous people and forest defenders," he added.

Total deforestation of the "lungs of the earth" recorded in 2019 was more than 900,000 hectares (over 2.2 million acres) and there were more than 10,200 fires recorded in the Amazon in the last year.