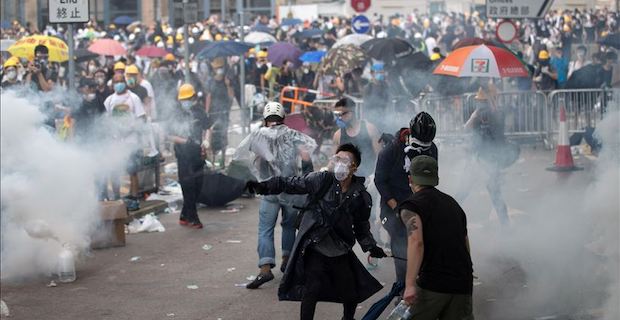 Hong Kong police have arrested at least 12 people, including a woman, for what they called a “violent incident” during anti-government protests that have continued for over the past several weeks, local media reported.

According to Hong Kong Free Press online, the detained persons, ranged from 14 to 36 years of age, have been charged with unlawful assembly, assaulting a police officer, obstructing a police officer, possession of offensive weapons, contravening the Air Navigation (Hong Kong) Order 1995 and failing to carry identity documents.

Besides, a 31-year-old person has also been detained for protests on two separate dates.

People in Hong Kong held million marches twice and are protesting local government’s push for amendment in extradition law which will make it legal to send suspects to China, Macao and Taiwan. 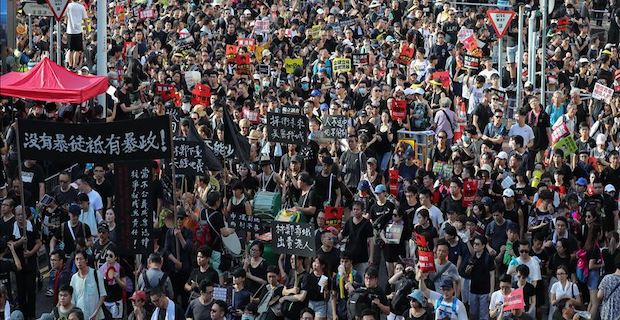 The protestors are seeking roll back of the bill which government is refusing to do.

On July 1, protesters stormed the Hong Kong Legislative Council, a day when the autonomous region marked 22nd anniversary of the handover of the former British colony to China, according to Hong Kong Free Press online.

The developments had drawn a reaction from China.

"The central [Chinese] government staunchly supports the Hong Kong SAR [Special Administrative Region] government and the police to exercise their duties in accordance with the law, and supports relevant authorities of the Hong Kong SAR to seek responsibility from the violent criminals in accordance with the law," Beijing's Hong Kong and Macau Affairs Office (HKMCAO) had said on Tuesday.

The Hong Kong and Macau Affairs Office of the State Council assists the Chinese premier in dealing with affairs related to the two autonomous regions.

Keywords:
Hong KongHong Kong Protest
Your comment has been forwarded to the administrator for approval.×
Warning! Will constitute a criminal offense, illegal, threatening, offensive, insulting and swearing, derogatory, defamatory, vulgar, pornographic, indecent, personality rights, damaging or similar nature in the nature of all kinds of financial content, legal, criminal and administrative responsibility for the content of the sender member / members are belong.
Related News