Hamas calls on Hezbollah to focus on Zionist enemy 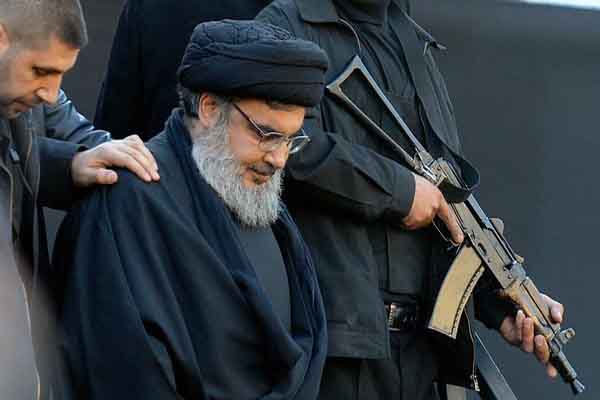 The Palestinian Islamist Hamas movement on Monday urged Lebanese group Hezbollah to withdraw its forces from Syria, where they are battling for President Bashar al-Assad, and focus on fighting Israel instead. Hamas, which controls the Gaza Strip, was once an Assad ally but last year endorsed the revolt against him in a shift that at the time deprived the Syrian leader of an important Sunni Muslim supporter in the Arab world. "We call on Hezbollah to take its forces out of Syria and to keep their weapons directed against the Zionist enemy," Moussa Abu Marzouk, a Cairo-based Hamas leader, said on his Facebook page. The call marked a further deterioration in relations between Hamas and Hezbollah, two long-time allies who have each fought against Israel and advocate its destruction.

Hamas has denied some Lebanese media reports that its fighters were present in Syria to train rebels in weaponry, bomb-making and tunnel digging.

On Friday, Hezbollah leader Sayyed Hassan Nasrallah promised his group would keep fighting alongside Assad's forces after it spearheaded the recapture of the strategic town of Qusair.

Hamas's leaders in exile were once based in Damascus but left, mainly for Egypt and Qatar, in 2012 as the civil war escalated.