Greece emerges from bailout after 8 years

Greeks fear it may lead to more austerity measures 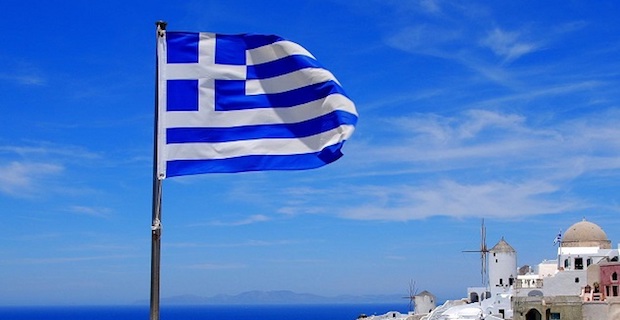 Greece has emerged from its final three-year bailout program after eight years of rescue funds of more than €260 billion ($300 billion) lent by euro zone partners and the International Monetary Fund.

A program helped the country stay afloat but burdened Greeks with extra taxes, tough austerity measures while pushing many Greeks into poverty.

Private businesses shut down, while unemployment hit its lowest rate.

EU Commissioner for Economic and Financial Affairs Pierre Moscovici said Monday, “Greece can finally turn a page in a crisis that has lasted too long.

"The worst is over, the hardest work has been done, and the most difficult part is behind us” he added during a news conference.

Greeks, however, have a different opinion. There is no festive mood amongst those who believe it might signal stricter austerity measures.

Michalis Lignos, 78, and pensioner said nothing will change. “The measures will continue so what’s the difference?” he said.

Maria Papa, 37, a private sector employee said “taxes will remain taxes, are they going to raise the minimum wage salary which is €586. How will families survive with these salaries.

Papa said in her work since the crisis, 12 people have lost their jobs or have gone part-time.

Prime Minster Alexis Tsipras is expected to give a speech Tuesday from the island of the Ionian Sea, Ithaca.

In April 2010, former Prime Minister George Papandreou gave a speech from the Aegean island of Kastellorizo asking for the rescue package from its partners and the International Monetary Fund.

Keywords:
Greece
Your comment has been forwarded to the administrator for approval.×
Warning! Will constitute a criminal offense, illegal, threatening, offensive, insulting and swearing, derogatory, defamatory, vulgar, pornographic, indecent, personality rights, damaging or similar nature in the nature of all kinds of financial content, legal, criminal and administrative responsibility for the content of the sender member / members are belong.
Related News