Call for EU countries to back Germany to pressure Turkey through economic measures failed to grab much support, said Foreign Minister Sigman Gabriel on Sunday. 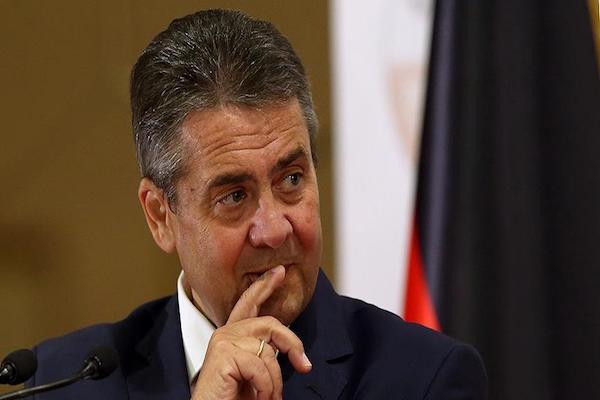 Avrupa/London - Call for EU countries to back Germany to pressure Turkey through economic measures failed to grab much support, said Foreign Minister Sigman Gabriel on Sunday.Speaking at an open event in Berlin, the German minister recalled that the government had sought support from EU countries against Turkey."Every country in Europe does not think like us, and some countries say, 'Let us continue our cooperation with Turkey as in the past'."We think differently on this issue," Gabriel said.Gabriel did not name the countries, but according to German weekly Der Spiegel reported that France and Italy were among them.Last month, the German government announced several economic measures in an attempt to increase pressure on Ankara, which were focused on investments and tourism.Berlin also asked support from its EU partners to minimize pre-accession funds and European Investment Bank credits available for Turkish institutions.

Strained tiesTies between Ankara and Berlin have been strained in recent months as Turkish leaders accused Germany of not showing strong solidarity with Turkey after the July 2016 defeated coup attempt.Ankara has also accused the German authorities of turning a blind eye to the activities of outlawed groups and terrorist organizations.The Fetullah Terrorist Organization (FETO), which organized the foiled coup bid, has a large network in Germany, with dozens of private schools, businesses and media organizations.Since the coup attempt, nearly 4,000 FETO suspects have come to Germany from Turkey and other countries, according to local media reports.Despite repeated requests by Ankara to arrest leading FETO figures, the German authorities have turned down extradition requests and argued that Ankara should first provide legally sound evidence.Apart from FETO, the terrorist PKK group is also active in the country, and carries out significant propaganda, recruitment and funding activities.The group has nearly 14,000 followers among the Kurdish immigrant population in Germany, according to the BfV domestic intelligence agency.