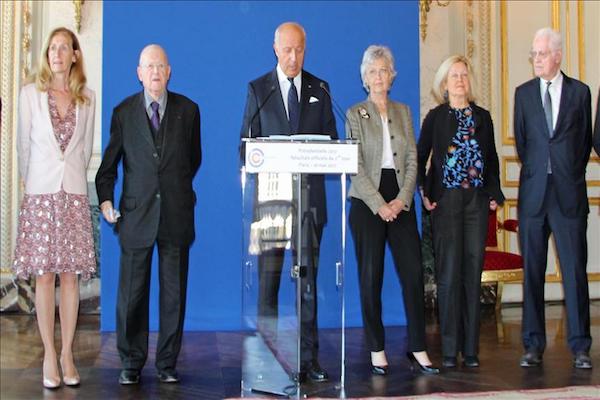 The official results of Sunday's run-off round were announced by the Constitutional Council earlier on Wednesday. Hollande accepted the resignation and asked Cazeneuve in a letter to handle affairs until the formation of a new government team, according to an Elysee statement. Centrist Emmanuel Macron won 66.1 percent of the vote whereas his rival, the far-right National Front leader, Marine Le Pen, got 33.9 percent, according to the official results announced by the head of the Council, Laurent Fabius at a news conference. Hollande will delegate his powers to Macron on Sunday, May 14. Macron, 39, is set to appoint a prime minister and form a government as soon as he takes office as the country's 25th and youngest president.