French ex-priest, accused of sex abuse, may get 10 years

The four-day trial of a former priest who, accused of sexually abusing at least 80 Boy Scouts in the 1980s and 1990s, was concluded on Friday in Lyon, France.  Bernard Preynat, 74, is charged with committing lecherous acts against the young boys between 1971 and 1991, when he served as scout chaplain in the Sainte-Foy-lès-Lyon region of eastern France.  The prosecutor of the Republic, Dominique Sauves, requested a prison sentence "which is not less than eight years" against the ex-priest.  Preynat faces a possible decade in prison and a 150,000-euro (nearly $167,000) fine.

He is accused of abusing dozens of young boys during his time in charge, although only 10 of the abused testified against him in the trial last week. Those who came forward have also charged the church leadership with covering up the acts, therefore allowing Preynat to remain in contact with youths.

All of the boys involved were between the ages of seven and 15 when the abuse occurred at the weekend camps he organized. 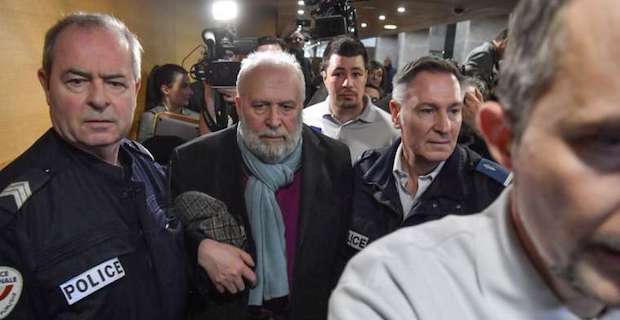 One of those charged in an authoritative role is Cardinal Philippe Barbarin, who was found guilty in March 2019 of failing to report the allegations against Preynat to the proper authorities.

Cardinal Barbarin is the highest-profile cleric within the Catholic Church in France to face trial over the scandal. He was given a six-month suspended prison sentence last spring but has appealed the verdict. The result of his appeal is expected on Jan. 30.

Despite learning of the abuse from an accuser in 2014 -- even hearing rumors of it in 2010 --and reporting it to the Vatican, Barbarin never reported the alleged abuse to the police. The allegations were made public in 2015. Barbarin had initially offered to resign amid the scandal, but his gesture was rejected by Pope Francis. He then offered to stand aside pending his appeal.

On the first day of the hearings, Preynat admitted to transgressions he knew were wrong. In testimony, he said it was only after "the accusations of the victims" that he understood the illegality of his conduct.

Preynat was defrocked by a church tribunal in July 2019, which means his clerical status is permanently removed. He had admitted decades ago to acts of abuse but was consistently moved to different parishes by church authorities upon their learning of his transgressions.

In an exclusive interview with Anadolu Agency, Pierre-Emmanuel Germain-Thill, one of the abused, detailed not only some of what he suffered but the emotional turmoil as a result. Germain-Thill, 45, has been more vocal than others about his experience at Preynat's hands.

He was eight years old when the abuse started. It lasted two years. At the time of its occurrence, Germain-Thill kept the abuse to himself.

"I spoke to no one. It was extreme. Did I understand what was happening? Yes," he said.

"I had a feeling that it was not a good thing for me, but I was so young. I did not know better. He was our scout leader, a priest. Isn't he supposed to be a man of God, I thought? How could he be doing this? It was very difficult."

In the intervening years, Germain-Thill had sought the aid of a psychologist, a very necessary step toward his healing, he said.

Germain-Thill confessed to having many nightmares as he grew older, feeling gravely impacted between the ages of 16 and 18.

"There was a time I thought of finding him and putting him under the church, of doing away with him," he said. 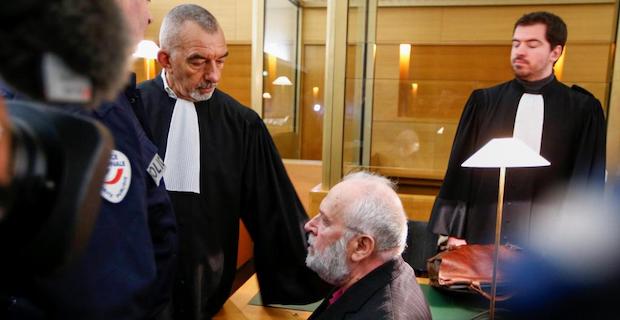 Such was the level of his anger and pain.

Has his hatred for the abusive acts lessened? To some degree, he said.

"I have done a lot of work to get where I am but need to work a little bit more to feel safe."

Despite his suffering, Germain-Thill is now a professional coach, helping others with their life paths. In the aftermath of the trial, he said he was able to finish telling Preynat everything he had to say.

"There is both a personal satisfaction and a satisfaction to have been able to hear from all these victims," he added.

Preynat's lawyer said earlier that despite his client's confession, the statute of limitations relating to any charges had expired which, he claimed, precluded Preynat's prosecution.

But officials argued that some offenses could still be prosecuted, so a criminal case is being opened. 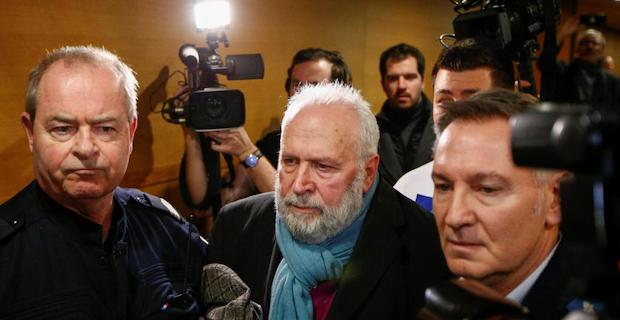 It has been with the assistance of the association La Parole Libéré -- an organization formed in 2015 in the wake of the scandal to support the victims -- that Germain-Thill helped produce 75 to 80 victims in total.

"Some victims refused to testify, but we know of their existence. We are reaching almost a hundred people.

"When this whole affair is closed and Preynat is condemned, I will burn the badge and the scout scarf [in my possession],” he continued.

What, though, does Germain-Thill expect for --and from -- Bernard Preynat?

"I would like the maximum conviction -- firm and exemplary," he asserted. "I also hope that he will have the respect not to appeal the decision."

The verdict is set for March 16.

Keywords:
French Ex-priestSex AbuseBernard Preynat
Your comment has been forwarded to the administrator for approval.×
Warning! Will constitute a criminal offense, illegal, threatening, offensive, insulting and swearing, derogatory, defamatory, vulgar, pornographic, indecent, personality rights, damaging or similar nature in the nature of all kinds of financial content, legal, criminal and administrative responsibility for the content of the sender member / members are belong.
Related News