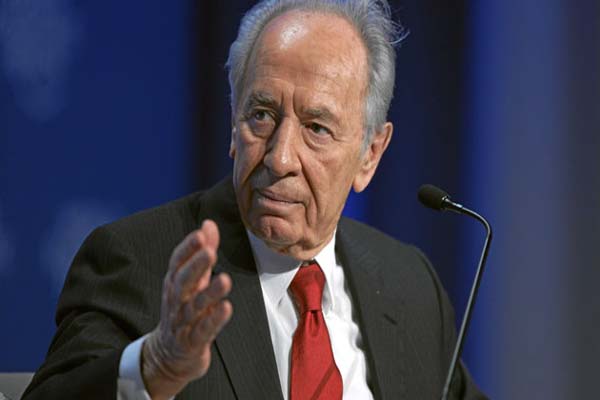 JERUSALEM-Former Israeli President Shimon Peres passed away early Wednesday at the age of 93, two weeks after suffering a stroke. “Our father’s legacy has always been to look to tomorrow. We were privileged to be part of his private family, but today we sense that the entire nation of Israel and the global community share this great loss,” his son Chemi told reporters.

Israeli Prime Minister Benjamin Netanyahu issued a statement mourning Peres, who was hospitalized on Sept. 13 after suffering a massive stroke.

"(Prime Minister) Benjamin Netanyahu and his wife Sara express deep personal sorrow for the passing of a man cherished by the nation, the (former) President of Israel Shimon Peres," Netanyahu’s office said in the statement.

President Reuven Rivlin described Peres’ death as a “sad day for the Israeli people, and the state of Israel".

"We all bow our heads at hearing of his passing. I will carry his memory with me, his handshake, his sensible advice which he always gave lovingly, and in particular his spirit of hope which he breathed into this people. The spirit of hope and peace which was his path and desire,” he said in a statement.

"He was the country’s elder statesman and the last of the state’s founding generation. His death symbolized the end of an era," wrote The Jerusalem Post newspaper's editor Yaakov Katz.

U.S. President Barack Obama described Peres as a friend and "the essence of Israel itself."

Obama is scheduled to attend a state funeral for Peres in Jerusalem on Friday.

Peres received the 1994 Nobel Peace Prize along with former prime minister Yitzhak Rabin and Palestinian leader Yasser Arafat for the peace talks he took part in as foreign minister, which resulted in the Oslo Accords.

Peres was born in modern-day Belarus but moved to British-mandated Palestine in the 1930s and later joined the Haganah, a Jewish armed group that fought Palestinians after British forces began withdrawal in 1947.

As a senior official in Israel's defense ministry during the 1950s, he was considered instrumental in building Israel's nuclear weapons project.