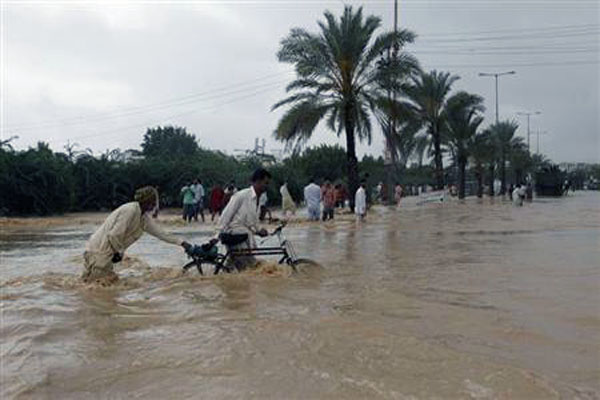 At least 22 people in Afghanistan were killed and farmland was damaged when flashfloods hit a plain near the capital, officials said on Sunday. Normally arid Afghanistan can get heavy rain in its summer and more than 60 people were killed early this month in flooding east of the capital, Kabul. The latest floods followed hours of torrential rain and hail on Saturday, with the Shomali plain, just to the north ofKabul, particularly hard hit. Six of the dead were children, said senior Kabul police officer, Sayed Ekramuddin Jalal. "We have already sent teams of rescuers to the area and taken people out of danger," he said. Several people were injured and about a dozen homes were washed away. Many irrigation canals and wells, as well as orchards and fields were damaged, he said. Some of the victims were visiting relatives for the Eid al-Fitr holiday, he said. Two women were killed and four people were injured in flooding elsewhere, said Ghulam Farouq, an official at the Ministry of Disaster Preparedness.