European Space Agency’s (ESA) Astronaut Programme, Tim has been selected to live and work on the International Space Station (ISS) for six months. 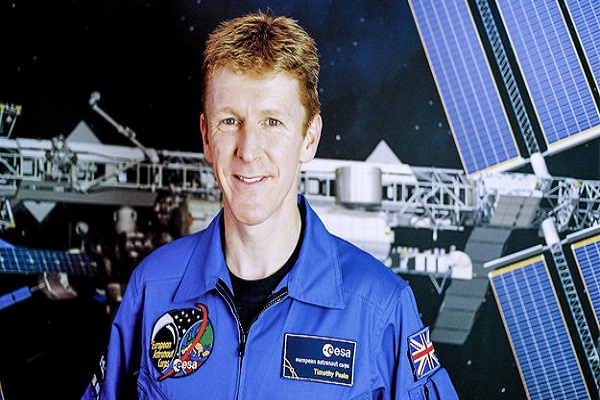 Former Apache helicopter pilot Tim Peake is to become the first British astronaut to visit the International Space Station, making him the first UK astronaut in space for more than 20 years.

After three years of training with the European Space Agency’s (ESA) Astronaut Programme, Tim has been selected to live and work on the International Space Station (ISS) for six months. He will carry out a comprehensive science programme and take part in a European education outreach programme in the build up to and during his mission.

Tim is one of six astronauts who have been selected from among 8,000 hopefuls. The flight is expected to take place in November 2015.

Speaking at a special event at the Science Museum in London, Tim Peake said:

"I am delighted to be proposed for a long-duration mission to the International Space Station. This is another important mission for Europe and in particular a wonderful opportunity for European science, industry and education to benefit from microgravity research.

"Since joining the European Astronaut Corps in 2009, I have been training to work on the Station and I am extremely grateful to the ground support teams who make it possible for us to push the boundaries of knowledge through human spaceflight and exploration.”

"This is a momentous day, not just for Tim Peake but for Great Britain. It is a great sign of our thriving British space sector, which has seen real growth thanks to our world-class research, and now supports nearly 30,000 jobs.

"What an achievement that Tim was picked for this historic role from over 8,000 applicants from around the world. I am sure he will do us proud and I hope that he will inspire the next generation to pursue exciting careers in science and engineering."

Tim was appointed as an ambassador for UK science and space-based careers in 2009 and is working with the UK Space Agency in developing the UK’s microgravity research programme. He has been involved in the international Mission X programme, which promotes science careers and healthy lifestyles in schools, and his outreach will continue throughout his training and his time on the International Space Station (ISS).

“This is a landmark moment for Britain and our reputation as a leading science nation. Not only will we have the first UK astronaut for over two decades, but Tim Peake will be the first ever Briton to carry out ground-breaking research on the International Space Station.

“Tim represents the very best of British. He will become a powerful role model for the young people we need to bolster this country's science and engineering workforce.

“Today’s announcement builds on the continued success of the British space sector, which is worth £9 billion to the economy annually and employs nearly 30,000 people.”

Tim is the first British ESA astronaut and the second British astronaut that did not have to get US citizenship to fly to space.

Today’s announcement follows increased investment by the UK Space Agency in Europe’s space programme to £240 million per year, including a £16 million contribution to the ISS, agreed at the ESA Ministerial last November. This is expected to secure £1 billion in orders per year for British businesses.

Space technology is an essential part of everyday life and is vital for weather forecasting, navigation, global communications, broadcasting and health. Traffic monitoring, for example, relies on the GPS satellite system. CAT scanners and MRI scanners, which allow more accurate diagnosis and reduce the need for exploratory operations, were developed from technology originally used for enhancing images taken of space.

Space can also provide the tools to manage global challenges such as climate change and natural disasters, and has driven the development of robotics.

“Tim Peake is working with the UK Space Agency to help us build a strong programme of science in the UK. With our new investment in the International Space Station and Europe’s microgravity programme, his flight in 2015 could help expand our international competitiveness in areas such as health and ageing research, innovative materials and plasma physics.

“Tim is also an inspirational role model for young people in the UK. As an ambassador for UK science and space-based careers, he is demonstrating the upper limits of what British kids of every age can aspire to.”

“The value of Europe’s astronauts and the training given at the European Astronaut Centre is reflected in the large number of mission assignments awarded to ESA astronauts.

“I am confident that all astronauts of ESA’s 2009 class will have flown to the International Space Station by 2017 and that we will continue to use this unique research facility in Earth orbit for many years to come.”