Five parties, including one that represents ethnic Turks, set to enter parliament 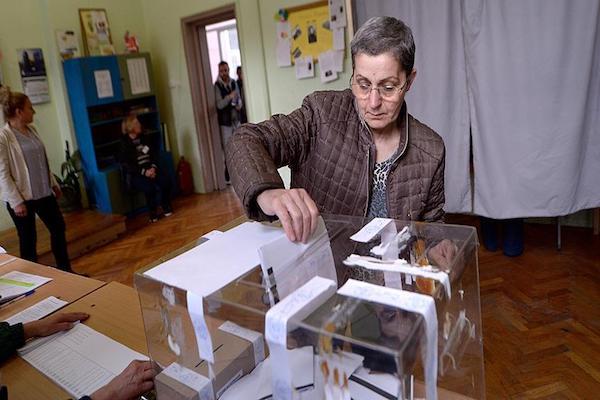 With 95 percent of ballots counted, Borissov’s Socialist rivals were second with 27.02 percent while the nationalist United Patriots coalition won 9.12 percent of the vote, according to the Central Electoral Commission in Sofia. A centrist political party, the Movement for Rights and Freedoms (MRF) -- whose founding members were predominantly Bulgarian Turks -- will also enter parliament having passed a four percent electoral threshold, winning 8.94 percent of the vote. The Volya Party led by Veselin Mareshki -- owner of a national pharmacy chain -- also entered parliament with 4.16 percent. Final, official results will be announced on Friday and the process of forming a new government will take place afterwards.

Sunday’s election -- the fifth time since May 2013 Bulgarians have gone to the polls -- took place amid tensions between Ankara and Sofia. A former Ottoman territory, Bulgaria has a large Turkish minority of about 10 percent, according to official census figures. Disputes erupted over claims Turkey was interfering in the election by favoring the Democrats for Responsibility, Freedom and Tolerance (DOST) coalition. DOST, which means "close friend" in Turkish, generally has ethnic Turks or Muslims among its members. On Friday, right-wing activists staged a demonstration in Bulgaria’s Kapitan Andreevo area to block expat Bulgarian voters living in Turkey from taking part in the voting process.

The demonstrators, many brandishing anti-Turkey banners and Bulgarian flags, blocked traffic at the border, forcing passengers from Turkey to disembark from buses and walk across the frontier on foot. Last week’s protests also drew a response from senior Turkish cabinet ministers. According to predictions, GERB is expected to secure 96 seats, the Socialists 79, the United Patriots 27, MRF 26 and Volya 12. GERB had made Bulgaria’s relations with the European Union a policy priority and also supports balanced relations with neighboring Turkey. The Socialist Party, a successor of the former Bulgarian Communist Party, is expected to take up the main opposition role.