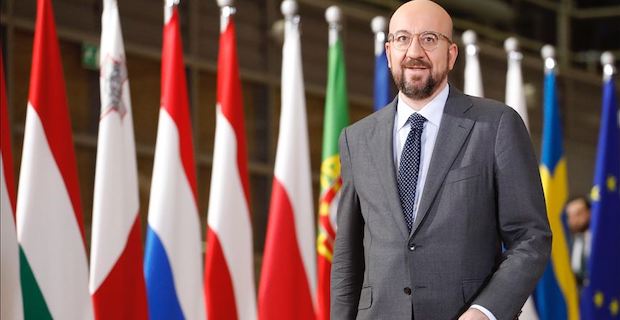 European Council President Charles Michel will visit the Greek-Turkish border Tuesday with Prime Minister Kyriakos Mitsotakis. In a Twitter post Sunday, Michel hailed Greece for its "efforts to protect" the frontiers of Europe. "Support for Greek efforts to protect the European borders. Closely monitoring the situation on the ground. I will be visiting the Greek-Turkish border on Tuesday with @PrimeministerGR Mitsotakis," he said. On Feb. 27, 34 Turkish soldiers were martyred and tens of others injured in an airstrike by forces of the Bashar al-Assad regime in Idlib province, a de-escalation zone in northwestern Syria just across Turkey’s southern border.

Turkish officials announced the next day that they would no longer try to stop irregular migrants from reaching Europe.

Turkey already hosts nearly four million migrants from Syria alone, more than any other country, and has complained that Europe failed to keep promises to help migrants.

Meanwhile, migrants have gathered at the Turkish-Greek border in front of the Pazarkule border point -- a buffer zone surrounded by a barbed wire barrier set up by Greek security forces.

Some migrants have moved to border villages in order to cross via the Meric River, while others are waiting in the buffer zone, hoping the border gate will be opened.

They often sleep in the forests in tents or even outdoors and try lighting fires to keep themselves warm.

Keywords:
European CouncilCharles MichelGreek-Turkish Border
Your comment has been forwarded to the administrator for approval.×
Warning! Will constitute a criminal offense, illegal, threatening, offensive, insulting and swearing, derogatory, defamatory, vulgar, pornographic, indecent, personality rights, damaging or similar nature in the nature of all kinds of financial content, legal, criminal and administrative responsibility for the content of the sender member / members are belong.
Related News