Again, Egypt is struck by terrorists who want to destroy its unity and diversity, Hollande says 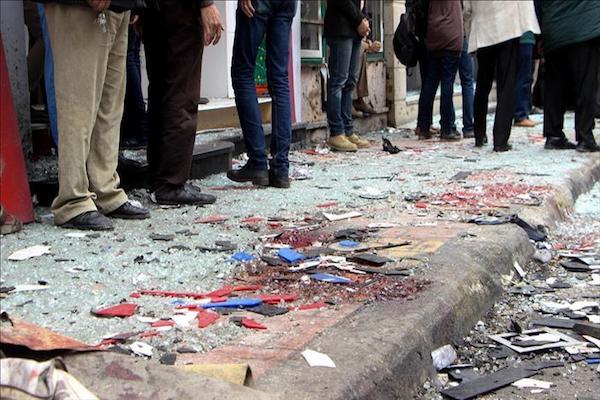 “Again, Egypt is struck by terrorists who want to destroy its unity and diversity,” Hollande said in a statement. France “is fully supportive of Egypt in this terrible ordeal and mobilizes all its forces in line with the Egyptian authorities for the fight against terrorism,” he added. British Foreign Secretary Boris Johnson said he was “saddened and appalled” by the attacks “that only strengthen our determination to work together with the Egyptian government and people against this shared threat”. European Humanitarian Aid and Crisis Management Commissioner Christos Stylianides denounced the attack on Twitter. “My thoughts are with victims and their families. Places of worship should be places of peace,” he said.

Pope Francis also decried the deadly attack during Palm Sunday Mass at the Vatican. “I pray for the dead and the injured, and I am close in spirit to the family members [of the deceased and injured] and to the entire community,” he said. “May the Lord convert the hearts of the people who are sowing terror, violence and death, and also the hearts of those who make and traffic weapons.” Francis is scheduled to visit Cairo at the end of the month. The Daesh terror group has claimed responsibility for the attacks. The first explosion struck inside St. George church in the Nile Delta city of Tanta. That blast killed at least 27 victims and injured 78, Egypt's Health Ministry said in a statement.

Hours later, 16 victims were killed and 41 injured when a suicide bomber blew himself up at a security checkpoint outside St. Mark’s Cathedral in the coastal city of Alexandria. The Interior Ministry said a bomber detonated himself after he was prevented from breaking through a security cordon around the church. Four policemen were among those killed. Coptic Pope Tawadros II was inside the church when the bombing took place but he was not injured in the attack, according to an anonymous source from St. Mark’s Cathedral. In December, a bomb blast struck a church in central Cairo, killing more than 25 people and injuring scores. Coptic Christians are an estimated 8 - 10 percent of Egypt's population of 90 million.