The commission said it had “encouraged Turkey's efforts to complete the delivery of all the outstanding benchmarks on the Visa Liberalization Roadmap as soon as possible”. 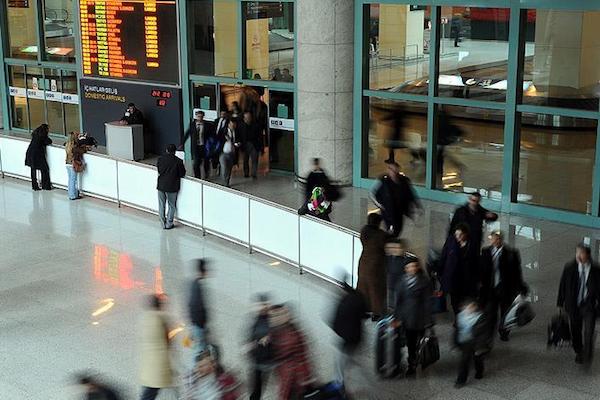 BRUSSELS-The European Commission said in a report on Wednesday seven benchmarks remained to be met by Turkey for visa liberalization. The commission said it had “encouraged Turkey's efforts to complete the delivery of all the outstanding benchmarks on the Visa Liberalization Roadmap as soon as possible”.

The report said the European Commission and Turkey would continue to be in dialogue to find solutions.

"In parallel, discussions continued between the co-legislators on the Commission's proposal to strengthen the existing suspension mechanism, which sets out the circumstances leading to a possible suspension of visa-free travel for citizens of all countries enjoying visa liberalization," it added.

The commission also said it expected Turkey to respect "highest standards" when it comes to democracy, the rule of law and respect for fundamental freedoms, including freedom of expression.

A further report is expected in December.

Visa liberalization has been one of the key promises of the European Union as part of a deal hammered out in March to enhance EU-Turkey cooperation in addressing the refugee crisis and to accelerate Turkey’s membership talks.

Turkey has so far met most of the requirements for visa liberalization, but the EU’s demands for change in Ankara’s anti-terrorism laws led to a deadlock in negotiations.

The foiled July 15 coup attempt in Turkey and Ankara’s declaration of a three-month state of emergency led to further uncertainty about future talks on visa liberalization. Ankara insists that due to the serious terrorism threat, it will not make any changes.