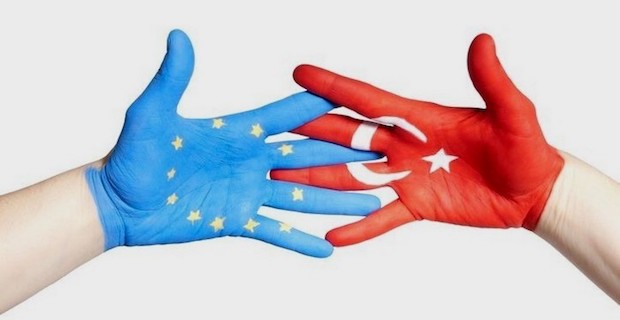 A delegation of the European Union will visit Turkey on Thursday to discuss the visa-free deal and the issue of refugees, according to EU sources.The EU delegation will be in capital Ankara on Thursday and Friday, and hold meetings with Ministry of EU Affairs, Foreign Ministry, Ministry of Interior after their evaluation of the criteria list that Turkey had to fulfill to gain visa-free travel across Europe for its citizens.A working plan for Turkish citizens to travel to Schengen countries visa-free, which was submitted by Turkey to Brussels in February, is currently being examined.

The technical delegation of the EU Commission will convey its views on the seven outstanding criteria out of a total of 72 that Ankara is expected to fulfill.

In 2016, Turkey and the EU signed a deal aiming to stem the irregular migration flow through the Aegean Sea by taking stricter measures against human traffickers and improving conditions for nearly three million Syrian refugees in Turkey.

The deal also allows for the acceleration of Turkey’s EU membership bid and visa-free travel for Turkish nationals within the Schengen area, on the condition that Ankara meets all 72 requirements set by the EU.

Turkey has long complained of the EU being slow to deliver the promised funds for refugees and failing to uphold its end of the deal concerning visa-free travel.

Keywords:
EUTurkey
Your comment has been forwarded to the administrator for approval.×
Warning! Will constitute a criminal offense, illegal, threatening, offensive, insulting and swearing, derogatory, defamatory, vulgar, pornographic, indecent, personality rights, damaging or similar nature in the nature of all kinds of financial content, legal, criminal and administrative responsibility for the content of the sender member / members are belong.
Related News