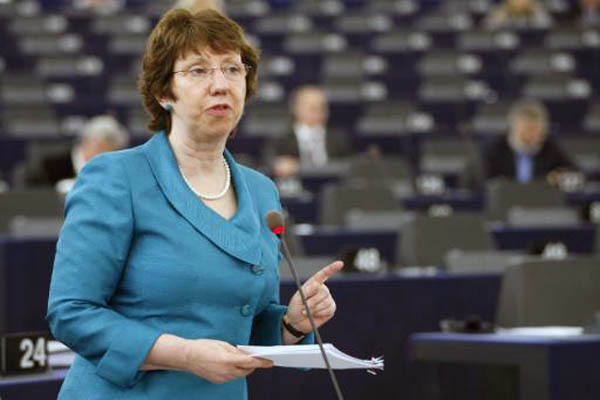 The High Representative of the European Union (EU) for Foreign Affairs and Security Policy Catherine Ashton said Sunday the EU was deeply concerned about recent developments in Egypt, and called on the country's interim authorities to put an end to violence and hold new elections soon. "The EU is following the recent developments in Egypt with deep concern," Ashton said in a statement.  Ashton added, "It is of utmost importance that Egypt returns rapidly to a legitimate government and democratic structures." She called on Egypt's new authorities to "exert every effort so that politically motivated arrests and other forms of harassments do not take place," and to hold fresh elections "in the shortest possible time." "Sexual violence must be stopped," she emphasized. The EU "will continue to monitor the situation closely," Ashton said.

The statement signalled that the EU took a step back, as it avoided calling the army takeover as "coup d'etat" on the grounds that there were "adequate" public support behind it.

Besides, German Chancellor Angela Merkel demanded Mohammed Morsi to be released speaking on a national news channel ARD on Sunday.

Merkel said, "I agree with foreign minister Guido Westerwelle's call for Morsi's release," and added that all groups in Egypt should come together for development of Egypt.