The committee plans to review presidential pardons granted by Morsi 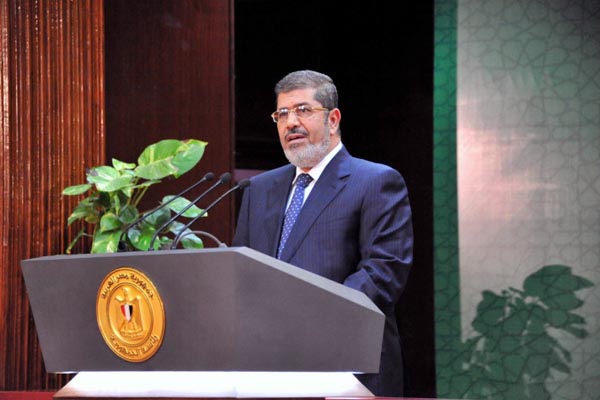 The committee – which includes al-Beblawi, Egypt's prosecutor-general, the head of Egypt's intelligence apparatus, and the ministers of defense, interior, foreign affairs, justice and transitional justice – plans to review presidential pardons granted by Morsi in the period between June 30, 2012 and July 3, 2013.

The panel will also review amnesties offered by the ousted president to convicts during his single year in office.

Last month, Transitional Justice Minister Mohamed Amin al-Mahdi said he had recommended to interim President Adly Mansour that pardons for anyone who posed a threat to national security be scrapped.

Al-Mahdi said that his ministry had also proposed to limit the president's authority to grant pardons to prisoners.