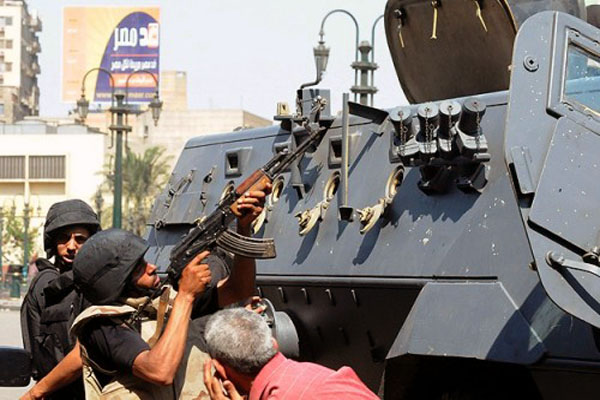 Security forces also raided the homes of nine prominent Brotherhood members in the canal city of Suez, but failed to arrest any of them.

Brotherhood member Ahmed Murad was also detained by security forces in the canal city of Suez on Friday.

In the southern province of Assiut, security forces arrested eight Brotherhood members who had blocked a road during a rally on Friday in support of ousted President Mohamed Morsi.

Security forces also raided the homes of three other group members in Aswan and seized their personal computers.