Snowden saying the NSA does not limit its espionage to issues of national security and he cited German engineering firm, Siemens as one target. 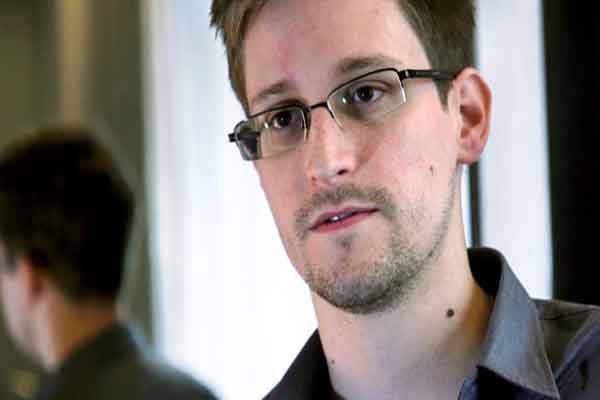 The U.S. National Security Agency is involved in industrial espionage and will grab any intelligence it can get its hands on regardless of its value to national security, former NSA contractor Edward Snowden told a German TV network. In text released ahead of a lengthy interview to be broadcast on Sunday, ARD TV quoted Snowden saying the NSA does not limit its espionage to issues of national security and he cited German engineering firm, Siemens as one target. "If there's information at Siemens that's beneficial to U.S. national interests - even if it doesn't have anything to do with national security - then they'll take that information nevertheless," Snowden said, according to ARD, which recorded the interview in Russia where he has claimed asylum.

Snowden also told the German public broadcasting network he no longer has possession of any documents or information on NSA activities and has turned everything he had over to select journalists.

He said he did not have any control over the publication of the information, ARD said.

Questions about U.S. government spying on civilians and foreign officials burst into the open last June when Snowden, leaked documents outlining the widespread collection of telephone records and email.

The revelations shocked Germany, a country especially sensitive after the abuses by the Gestapo during the Nazi reign and the Stasi in Communist East Germany during the Cold War.

Reports the NSA monitored Chancellor Angela Merkel's mobile phone have added to the anger in Germany, which has been pushing for a 'no-spy' agreement with the United States, a country it considers to be among its closest allies.