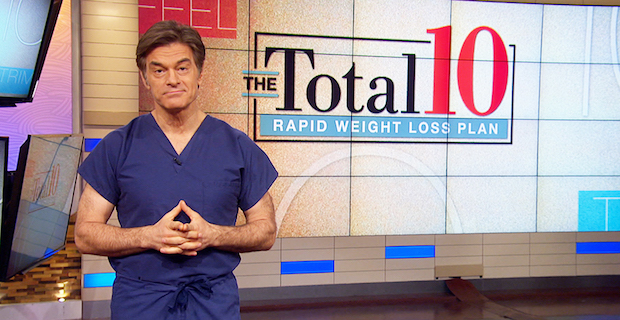 Turkish-American surgeon and talk show host Dr. Mehmet Oz said he was greatly moved by his visits in July to refugee camps in Turkey and Syria, noting it was something he would never forget.

"I had the opportunity to visit Syrian refugee camps along the Syria-Turkey border with the help of [Turkey’s Disaster and Emergency Management Authority] AFAD and [the Turkish Red Crescent] Kizilay.

"Despite the hardships the people we met have endured, their stories of resilience are inspiring - this is a trip that has forever changed me," Oz said Monday in a post on his Twitter account.

He shared footage on his Twitter account of war-devastated Homs city in western Syria as well as his visits to the camps.

"I had never been to a refugee camp. I had no idea what to expect. The first thing that struck me was the hospitality,” Oz said in video footage captured in a refugee camp in Turkey.

Highlighting the efforts of Turkish authorities, Oz said: "I sat talking with the children as they painted, aware that many suffered PTSD [post-traumatic stress disorder] and had lost almost everything. I was most surprised by their ability to hide their pain."

He then traveled across the Syrian border into the Azaz region north of Aleppo, where he visited another refugee camp.

"Entering the health clinic, I was shocked and dismayed to find vastly inadequate technology, a lack of supplies, unairconditioned facilities, and for the 11,000 people living in this camp, I found only one doctor working the shift.”

During his visit to the camp, he was approached by a man on behalf of his 12-year-old daughter, who needed medical attention. The man invited Oz to his home.

"We met with Zaynab. She was born with a heart defect. But before doctors could operate, the war broke out. The family ended up here. They are desperate. I looked at her echocardiograms and examined her… Zaynab's blood does not carry enough oxygen, so she turns blue. She’s thin and frail, and tires easily. Left untreated, she will not survive into adulthood.”

Keywords:
Dr. OzDr. Mehmet OzMehmet OzDr. Oz Show
Your comment has been forwarded to the administrator for approval.×
Warning! Will constitute a criminal offense, illegal, threatening, offensive, insulting and swearing, derogatory, defamatory, vulgar, pornographic, indecent, personality rights, damaging or similar nature in the nature of all kinds of financial content, legal, criminal and administrative responsibility for the content of the sender member / members are belong.
Related News