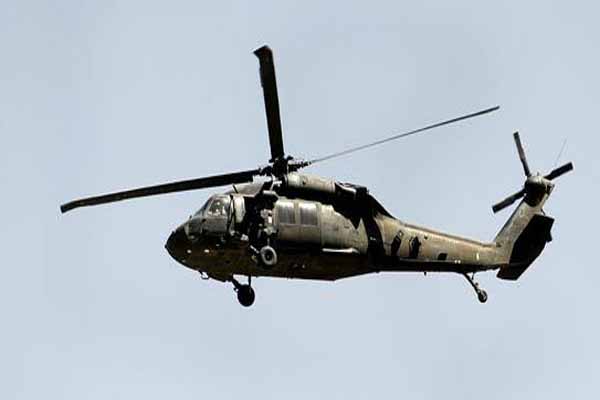 Defence & Security Equipment International (DSEI) is set to continue its reputation as Europe's premier event for military aerospace procurement, including secondary markets. DSEI is the world's largest integrated defence, security and aerospace exhibition, and will take place at ExCeL London 12-15 September 2017. With the military aerospace secondary market expected to grow due to tier one nations upgrading their capability, DSEI will host all relevant industry players under one roof - Original Equipment Manufacturers (OEMs), buyers and providers.

Advanced defence powers including the United States and United Kingdom, as well as Gulf Cooperation Council nations in the Middle East and other European powers such as Portugal, are seeking to upgrade their aerospace capabilities to new primary platforms such as the F-35 Lightning II. This is leading to the reintroduction of legacy airframes in the market and has created demand for aircraft, including the JAS 39 Gripen, F-15 Eagle, F-16 Fighting Falcon and F/A-18 Hornet, from nations that do not have the access to the latest models.

This in turn presents secondary market business opportunities for the OEMs that manufacture legacy platforms; as well as the providers that supply the training, avionics, weapons systems and other technology required to equip new purchases.

Returning to DSEI 2017 after the success of the last edition, Esterline will showcase a range of cockpit integration solutions and an array of components for both engines and airframes. Its core capabilities serving the secondary aerospace market include advanced sensors, avionics systems, control systems, power systems and metal finishing. Esterline products feature on most civil and military aircraft flying today.

Nasmyth Group will also use DSEI as a platform to showcase its capabilities in the secondary market. Nasmyth's cutting edge design, production and finishing capabilities deliver a diverse range of products from complex instrumentation and aircraft controls to integrated airframe assemblies.

Inzpire is an award-winning supplier of defence managed services and cutting-edge mission systems, and is one of the fastest growing defence companies in the UK. Chris Stevens, Sales and Marketing Director at Inzpire, said "Inzpire will be showcasing its GECO 'System', an advanced tablet based Mission System optimised for both the Airmen and the Soldiers on the ground. In addition, Inzpire will be demonstrating its cutting Targeted Fidelity Helicopter training solution, that combines the latest in simulation capability with live flying instruction. DSEI is fast becoming the 'go to' show for defence, capturing customers from all of the domains Air, Land, Sea and Cyber all in one location. It is an ideal exhibition environment for a company like Inzpire who deliver services and products across all military domains".

The dedicated Air Zone, one of the most popular attractions of DSEI, includes a capability area dedicated to the aerospace supply chain. The Zone will host a comprehensive seminar programme reinforcing the event's core themes of capability development, delivery and operations. There will also be a series of seminars focused on procurement, training, export maximisation and promoting opportunities for SMEs. Companies already confirmed to feature in the Zone include Challenger Solutions; The Pandect Group; SABRE Global Services; and Ross Aviation.