At least 43 people were injured, 30 others missing as heavy rains triggered landslides, floods 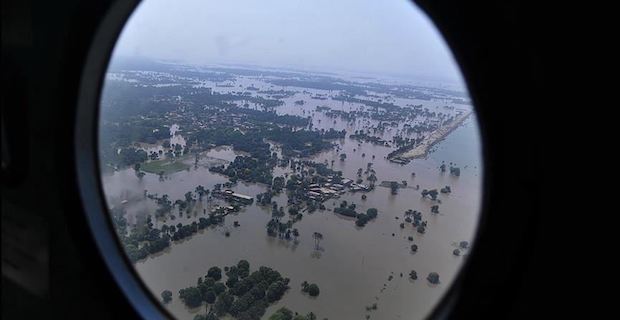 The death toll from floods and landslides caused by torrential rains in Nepal rose to 67, a police official said on Monday. At least 43 people were injured and 30 others missing as heavy monsoon rains over the last three days have triggered landslides and floods in the country’s central and eastern regions, causing inundation, deaths and devastation, said Ramesh Thapa, a police spokesman. While cities and towns across the country’s southern plains have been submerged in floodwaters, the hilly regions have suffered landslides that have blocked highways and buried homes.

Janak Nandini village in the Dhanusa district in southern Nepal had been inundated by the floodwaters from the Kamal River, Thapa said.

“We are now focusing on recovery, but we are struggling to stock relief materials as there’s floodwater everywhere,” he told Anadolu Agency. Authorities were preparing to open the sluice gates of the Kulekhani hydroelectric dam in central Nepal, whose water levels rose to dangerous level on Monday.

Thapa said people near the dam and in the downstream had been asked to move to safety.

Hundreds of Nepalis die each year from floods and landslides during the country’s monsoon season, which runs between June and September.

Keywords:
NepalFlood
Your comment has been forwarded to the administrator for approval.×
Warning! Will constitute a criminal offense, illegal, threatening, offensive, insulting and swearing, derogatory, defamatory, vulgar, pornographic, indecent, personality rights, damaging or similar nature in the nature of all kinds of financial content, legal, criminal and administrative responsibility for the content of the sender member / members are belong.
Related News