EU Commission has accused Zagreb of contravening EU rules and said its top officials would meet next to discuss whether punitive action should be taken. 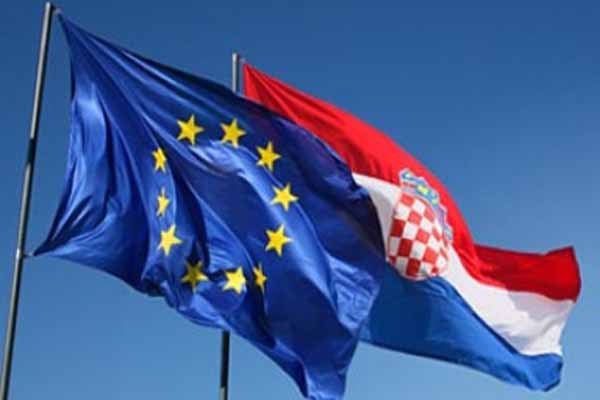 The small Adriatic state became the 28th member of the European Union on July 1, marking a recovery from years of war after Yugoslavia collapsed in the 1990s.

Days before entry, Zagreb changed its laws to prevent authorities from extraditing suspects of crimes committed before 2002, when EU rules were changed, potentially protecting veterans from Croatia's 1991-95 independence war from facing inquires elsewhere in the EU.

The Commission has accused Zagreb of contravening EU rules and said its top officials would meet next to discuss whether punitive action should be taken.

"The fact that Croatia's national legislation has been changed a few days before accession to contradict EU law is really not a minor issue for us," a spokeswoman for EU justice chief Viviane Reding told a news briefing.

"This infringement of EU law goes to the very heart of European judicial cooperation."

Reding has said measures could include some cuts in financial aid to Zagreb - Croatia is due to receive billions of euros in the next seven years in funds meant to bring living standards closer to EU average.

The Commission may also introduce a monitoring mechanism to check Croatia's efforts in complying with EU rules. Romania and Bulgaria, which joined the EU in 2007, face similar EU scrutiny over their progress in fighting corruption, and governments there view such measures as embarrassing and unnecessary.

EU governments could also use the dispute over the European Arrest Warrant as an excuse to delay discussions over bringing Croatia into Europe's passport-free Schengen travel zone, which Zagreb said was its next priority.

Croatia's opposition HDZ party, which ruled the country in the 1990s and between 2004-2011, has accused Zagreb's leftist-led government of tweaking EU rules to protect former Croatian intelligence chief Josip Perkovic.

The official had worked for communist Yugoslavia's secret service, the UDBA, and led intelligence services after Croatia became independent, and now faces charges in Germany over the 1983 murder of a Yugoslav dissident in Bavaria.

Prime Minister Zoran Milanovic has denied any connection with the German case and says Croatia only sought to exercise the same privileges as its EU peers.