The rapporteur for the Council of Europe's Committee on Migration, Refugees and Displaced Persons has expressed regret that refugee camps in Greece did not meet international standards 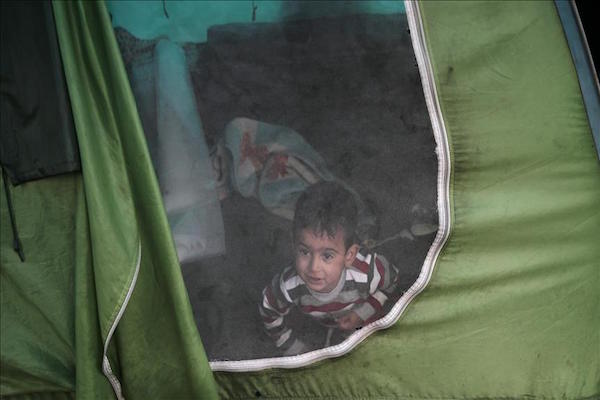 ANKARA(AVRUPA TIMES)-The rapporteur for the Council of Europe's Committee on Migration, Refugees and Displaced Persons has expressed regret that refugee camps in Greece did not meet international standards, a report said Monday. Dutch parliamentarian Tineke Strik visited on Sunday refugee camps in Thessaloniki to which refugees and migrants have been transferred from Idomeni, near the Macedonian border, according to a written statement issued by the Parliamentary Assembly of the Council of Europe (PACE).

"I am impressed by what the Greek authorities have done in such a short space of time to create new facilities for the people from Idomeni. However, this has been a missed opportunity to create decent facilities that meet international standards," Strik said in the report.

Since last Tuesday, when a relocation operation in Greece started, more than 4,000 people have been transferred, according to the Greek police, to new facilities, for instance near Greece’s main northern city of Thessaloniki.

Idomeni has been the country’s largest informal refugee camp in northern Greece, which lies on the border with Macedonia. Stranded asylum seekers had been gathering there for months, reaching more than 13,000 people at its peak, including hundreds of children.

Strik also said: "In the places that I visited, there was no privacy, no fire safety, no light and no ventilation and people have no information on their situation or their prospects. Many of these people are hoping to be reunited with family members already in other European countries. Their psychological well-being will depend on the rapid completion of the pre-registration process and the ability to exercise their right to apply for asylum.”

She is expected to visit refugee camps on Lesbos island on Tuesday.

Over 1 million migrants entered Greece since 2015. More than 50,000 people have remained in the country due to border restrictions applied by Balkan neighbors.