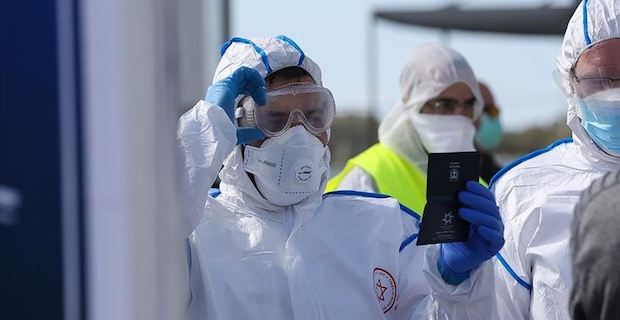 The number of registered novel coronavirus cases across the globe has reached 95,000, while the death toll stands over 3,000, an online watchdog said on Thursday. According to worldometer, China -- where the new coronavirus, or COVID-19, emerged -- has over 80,000 registered cases with almost 6,000 in "serious or critical" condition. So far, 3,013 people in China have lost their lives.

With 5,766 confirmed cases, South Korea ranks second among countries most affected by COVID-19 whereas Italy comes third with its 3,089 official cases. A total of 35 people have died due to the virus in South Korea while the death toll was 107 in Italy.

Iran, where senior state officials including lawmakers have contacted the virus, has 2,922 confirmed cases and 92 deaths. Tehran announced on Thursday that it suspended all sports activities in the country.

Japan currently has more than 330 confirmed cases, while six people have lost their lives, whereas European heavyweights France, Germany and Spain each have over 200 cases with the total death toll tallied at six.

The U.S. has announced 160 confirmed coronavirus cases and a death toll of 11.

The numbers of cases in the U.K., Switzerland and Norway are measured in the dozens -- 87, 93 and 59, respectively.

According to the most recent data, COVID-19 is now present in over 80 countries across the globe.

Notably, some 52,000 former patients who contracted the virus have recovered.