UK foreign policy would change under a Labour government to one that reduces rather than increases the threat to the country, Jeremy Corbyn has said. 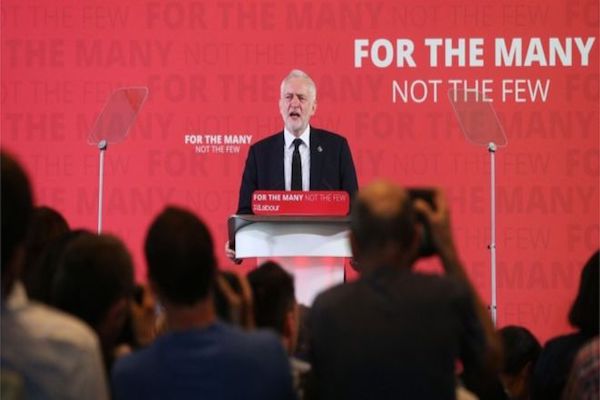 In a speech, Mr Corbyn said: "The war on terror is simply not working". Security Minister Ben Wallace told the BBC his comments were "crassly timed". And Lib Dem Leader Tim Farron accused Mr Corbyn of using the "grotesque" attack in Manchester to "make a political point". Meanwhile, Prime Minister Theresa May will chair a session on counter-terrorism with G7 leaders in Sicily, Italy, on Friday. Mr Corbyn delivered his speech as the bigger political parties return to the campaign trail following Monday night's suicide bombing at Manchester Arena that killed 22 people, including children, and injured 116. He pledged a "change at home and change abroad" if Labour wins power. He said that "many experts, including professionals in our intelligence and security services, have pointed out the connections between wars that we have been involved in, or supported, or fought, in other countries and terrorism here at home". "That assessment in no way reduces the guilt of those who attack our children. "Those terrorists will forever be reviled and implacably held to account for their actions. "But an informed understanding of the causes of terrorism is an essential part of an effective response that will protect the security of our people that fights rather than fuels terrorism."