U.N. inspectors said Monday there is "clear and convincing evidence" that chemical weapons were used on a relatively large scale in an attack 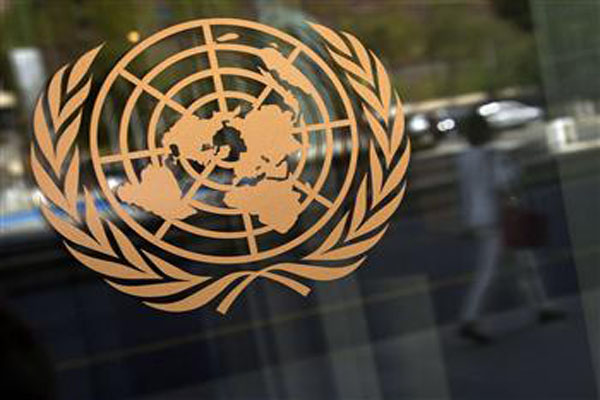 The inspectors said "the environmental, chemical and medical samples we have collected provide clear and convincing evidence that surface-to-surface rockets containing the nerve agent sarin were used ... in the Ghouta area of Damascus" on Aug. 21. The report mentioned the areas of Ein Tarma, Moadamiyeh and Zamalka. "The conclusion is that chemical weapons have been used in the ongoing conflict between the parties in the Syrian Arab Republic ... against civilians, including children, on a relatively large scale," the inspectors said on the first page of their report to Secretary-General Ban Ki-Moon. Ban was scheduled to present the report to the U.N. Security Council later Monday morning. The Associated Press saw the first page of the report. The Aug. 21 chemical attack unfolded as a U.N. chemical weapons team was in Syria to investigate earlier reported attacks. After days of delays, the inspectors were allowed access to victims, doctors and others in the Damascus suburbs. The inspectors were mandated to report on whether chemical weapons were used and if so which ones - not on who was responsible. The rebels and their Western and Arab supporters blame President Bashar Assad's regime for the attack in the rebel-controlled area of Ghouta. The Assad regime insists that the attack was carried out by rebels.

Chief weapons inspector Ake Sellstrom handed over the report to the secretary-general on Sunday amid a flurry of diplomatic activity aimed at getting Syria to put its just-acknowledged stockpile of chemical weapons and chemical precursors under international control for destruction.

In Geneva, the chairman of a U.N. war crimes panel on Monday said it is investigating 14 suspected chemical attacks in Syria, dramatically escalating the stakes after diplomatic breakthroughs that saw the Syrian government agree to dismantle its chemical weapons program.

Paulo Sergio Pinheiro said the Geneva-based U.N. panel he heads has not pinpointed the chemical used in the attacks and is awaiting evidence from a separate team of U.N. chemical weapons inspectors expected to be made public later Monday.

That report is expected to add momentum to a deal to eradicate Syria's chemical weapons program.