The European Union needs to reform its asylum system thorough, 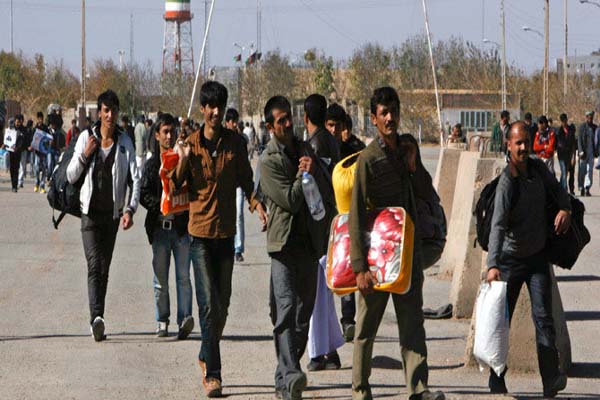 The European Union needs to reform its asylum system thorough, establish clearer routes for legal migration and focus more sharply on the integration of newcomers, the European Committee of the Regions (CoR) concludes in three opinions adopted on 8 December. The EU's assembly for local and regional government said that the EU and its member states would be more effective in all three areas – handling claims for international protection, enabling legal migration and integrating migrants – if they worked closely with the EU's regions and cities.

Collectively, the three reports warn that the current "fragmented" asylum system is failing the EU as well as failing migrants, argue that highly skilled legal migrants often do not go where their talents would be must valuable, and suggest that work on integration needs to be accompanied by heavier long-term investment in education and vocational training for EU citizens.

Speaking at the CoR, Dimitris Avramopoulos, the European Commissioner for Migration, Home Affairs and Citizenship, said: "Cities and regions are at the forefront of the migratory crisis. They need and must have our full and continuous support. What happens globally is felt locally, and this is why our comprehensive policies must be effective at all levels. Having been for eight years the Mayor of Athens and a member of the Committee of the Regions, I understand better than anyone else the pressure, responsibility and key role that mayors and governors play – and Europe is there to help them."

A mayor on the front line of the migration crisis, Vincenzo Bianco (IT/PES) from the Sicilian port of Catania, served as the CoR's rapporteur on asylum. He said: "The core lesson of my report is that we face a structural crisis, not just a short-term emergency. Boats have been arriving in Catania in large numbers for years – in recent weeks alone, around 5,000 migrants have landed in Catania, including 1,000 children. At the moment, we have a race to the bottom in which national governments use criteria and procedures to discourage asylum-seekers to their shores. The system needs to move on and become more stable, more effective, and less rigid. We need more burden-sharing between countries and better protection of migrant children in particular."

The rapporteur on legal migration, Olgierd Geblewicz (PL/EPP), the Marshal of West Pomerania, said: "The lesson of my report is that all EU states – Poland included – need highly skilled migrant workers and so we need to manage the recruitment process to everyone's benefit. We need policies that attract the talented, persuade them to work where they are needed most, and help them integrate into our societies. At the same time, we must train more of our own citizens so that they have the skills that dynamic sectors of the economy are calling for."

The CoR's rapporteur on integration, Karl Vanlouwe (BE/European Alliance), a member of the Flemish parliament, said: "Mr Bianco and Mr Geblewicz both rightly emphasise the need to pay more attention to the integration of asylum-seekers and skilled economic migrants. My report highlights what should be done. Integration has to be considered in every aspect of asylum and migration policy, and the sooner in the process we promote integration, the better for our cities and for newcomers themselves. My report, for example, suggests pro-integration measures that local, regional and national governments could take, with the support of the EU, even before legal migrants leave their home countries. Language is an especially powerful tool of integration, so equipping newcomers with language skills has to be a particular priority."

Markku Markkula, President of the European Committee of the Regions, said: "Even if some member states are still reluctant to help, you can already count on local and regional authorities. Small-scale projects often resonate more with the community than large costly projects. But a lack of micro-financing risks causing such initiatives to fail. The European Union should mainstream financial support for these small-scale projects, which are implemented in regions and cities, into the major EU funds and the new European Solidarity Corps."