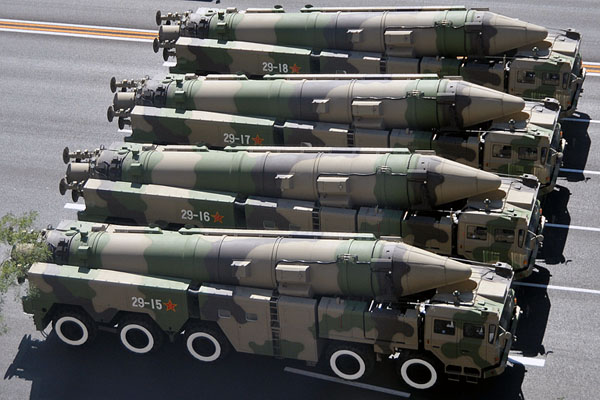 A Chinese delegation met with Turkish officials in Ankara during a visit that came as US officials reportedly held talks that focused on Turkey's recent awarding of a tender for the co-production of its first long-range air and missile defense system to a Chinese company. The 17-member Chinese delegation, comprising both military and civilian officials, had talks at the Undersecretariat for the Defense Industry (SSM) earlier this week. The visiting officials assured the SSM that all of Turkey's requirements will be met. Turkey, a NATO member, announced in September that it had chosen the FD-2000 missile defense system from China Precision Machinery Import-Export Corporation (CPMIEC) over rival systems from Russian, US and European firms. The CPMIEC is under US sanctions for violations of the Iran, North Korea and Syria Nonproliferation Act. The US has expressed concern over the Turkish decision and said it was discussing the matter with Ankara.

US Undersecretary of Defense for Policy Jim Miller and US Assistant Secretary of State for European and Eurasian Affairs Victoria Nuland paid separate visits to Ankara this week to discuss, among other things, Turkey's decision to pick the Chinese company in its missile defense system tender.

Turkey has said it is likely to sign the $3.4 billion deal with CPMIEC, but that its decision is not yet final. In a sign that it is keeping its options open in case the talks with CPMIEC fail, Turkey has asked the United States to extend the pricing on Raytheon Co.'s Patriot missile defense system proposal, Reuters reported earlier this week.

Defense Minister Ismet Yılmaz said on Thursday that Turkey was still open to new offers from the bidders that came in second and third, referring to Raytheon and French-Italian consortium Eurosam. He noted, however, that currently there were no problems in the talks with the Chinese company.

Turkish officials insist the move is not politically motivated and say China's offer met Ankara's primary demands in terms of price and the opportunity to do much of the production in Turkey.