A video of a ‘child’ smoking during a charity football match to raise funds for cancer shocked social media users and football fans across the world. 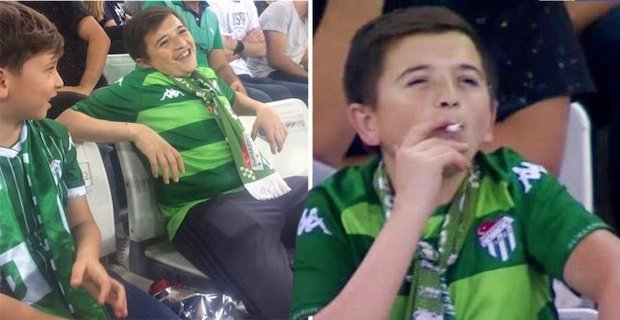 Turkish football fans immediately took to Twitter to identify the ‘boy’. However, all is not what it seems, after a campaign to track the boy down discovered that he is in actual fact a 36-year-old man, local media reported. Those who had tuned into watch Turkish sides Fenerbahçe S.K. and Bursaspor play, were left outraged after the boy was spotted taking a drag from the cigarette by match day cameras before the players came out on to the pitch. 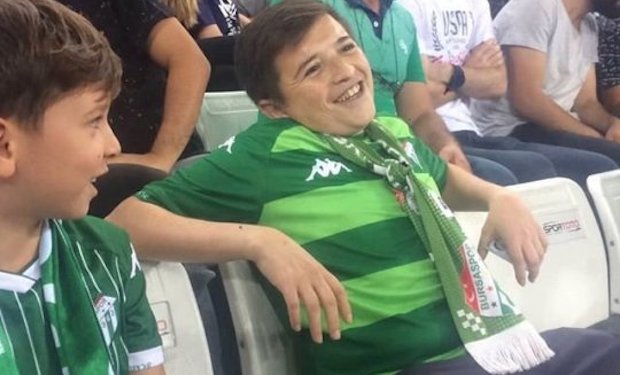 Sat beside another child, the boy, wearing a green Bursaspor scarf and shirt, stares into the distance and lets out a puff of smoke from his mouth. The two teams, who have a sizeable following in Turkey, had agreed to donate all of the proceeds from their game to cancer charities as well as organisations who support children with Down’s Syndrome. Smoking in public places in Turkey is against the law and carries a fine of 69 Turkish lira (£13). It is yet unclear if authorities will be following up the matter. 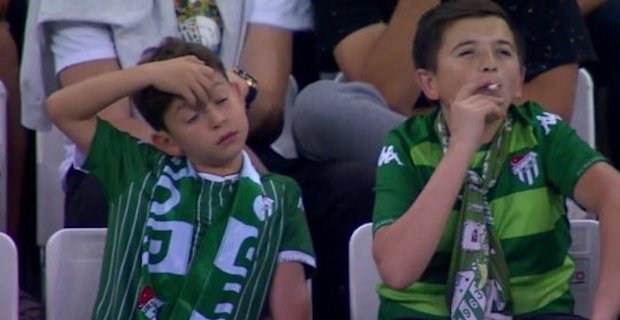 Keywords:
FenerbahceChild Filmed Smoking
Your comment has been forwarded to the administrator for approval.×
Warning! Will constitute a criminal offense, illegal, threatening, offensive, insulting and swearing, derogatory, defamatory, vulgar, pornographic, indecent, personality rights, damaging or similar nature in the nature of all kinds of financial content, legal, criminal and administrative responsibility for the content of the sender member / members are belong.
Related News