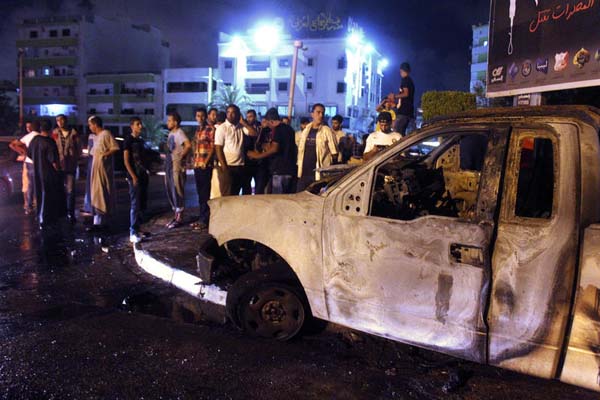 The army colonel had been killed by a device planted under his car which exploded while he was driving through the city centre on Saturday, a security source said.

He died in hospital on Sunday morning.

When relatives and friends gathered for his funeral at noon on Sunday a car bomb exploded in the crowd.

The security situation has sharply deteriorated in Libya's second-largest city in the past few months.

The capital Tripoli last month saw the worst fighting in months between militias.

Most countries closed their consulates in Benghazi after a series of attacks and some foreign airlines have stopped flying there.