Candidate seeks to be 1st Turkish-American in Congress

'I want to save the American Dream and pass this great inheritance to future generations,' says Alp Basaran 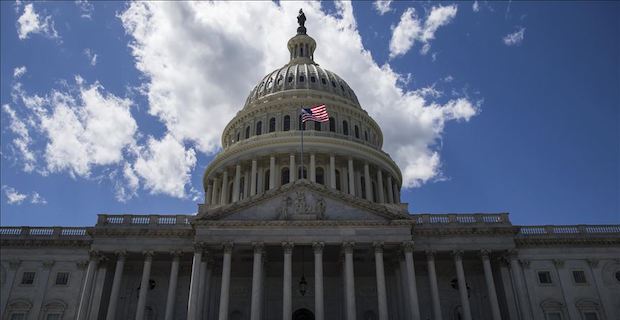 As the political race in the U.S. heats up ahead of the 2020 elections, one candidate is looking to make history by becoming the first Turkish congressional representative.

Alp Basaran grew up living what he considered the life of an “American dreamer”. He came to this country when he was four years old and became an undocumented immigrant after overstaying his visa.

Basaran was forced to go back to Turkey with his mother, while his dad remained in the U.S., working as a yellow cab driver in New York City. Four and a half years later, Basaran received his green card and moved back to the U.S.

He went on to graduate from Vanderbilt University, received a degree from the UCLA School of Law and became a corporate lawyer in New York.

Basaran is now running as a Democratic candidate for New Jersey’s 9th congressional district where, if elected, he would not only be the first Turkish-American in Congress but the third formerly undocumented American and fifth Muslim-American.

The congressional hopeful said the very idea of the American Dream has become distorted in the wake of President Donald Trump’s election to office.

“We've entered a dark era in the United States where wealth inequality has reached historic proportions and an entire presidency is dedicated to further entrenching that inequality,” Basaran said.

Trump’s policies have also exacerbated racism, xenophobia, misogyny and divisions among Americans, according to Basaran, who says such policies will lead America to slip behind in the world.

“When you look at the United States right now, we have a deep anxiety about the world, and the American Dream is our way out,” he said.

Basaran has also called for the support of the Turkish-American community, saying they are one of the groups that have contributed the most to American society and that they need to have representation at the federal level.

In addition to Bill Pascrell Jr., the Democratic incumbent, Basaran will face off against Zina Spezakis, an environmental activist, in the June 2020 Democratic primary.

Keywords:
Turkish AmericanAlp Basaran
Your comment has been forwarded to the administrator for approval.×
Warning! Will constitute a criminal offense, illegal, threatening, offensive, insulting and swearing, derogatory, defamatory, vulgar, pornographic, indecent, personality rights, damaging or similar nature in the nature of all kinds of financial content, legal, criminal and administrative responsibility for the content of the sender member / members are belong.
Related News