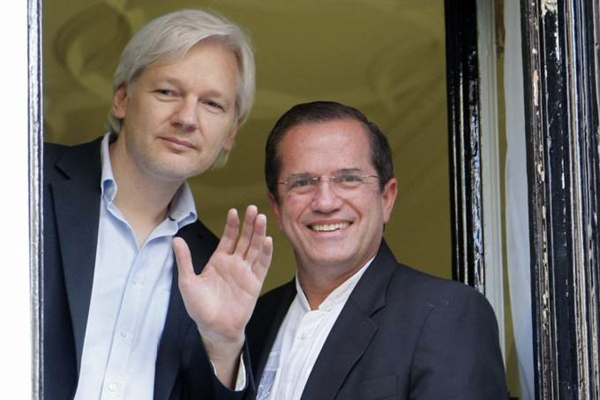 At Tuesday's press conference in the capital Quito, minister Patino said that the hidden listening device was found during a regular security check by the Ecuadorian intelligence for the Ecuadorian embassy in the UK on June 16. The microphone was found in the office of the ambassador Ana Alban. "We immediately conducted an investigation to find the source and I will release our result at tomorrow's press conference including the source of the device, who was using it and which department installed it", Patino told. Patino added that he hoped relevant countries or organisations could offer a reasonable explanation for the hidden listening device. However, he denied it had anything to do with the US extensive surveillance programme known as PRISM, which was revealed by Edward Snowden, former technical contractor for the National Security Agency (NSA).

Snowden is wanted by the United States on charges of espionage for revealing a massive phone and Internet surveillance programme.

Ecuador is one of the countries Snowden has applied for political asylum.

WikiLeaks founder Julian Assange, whose organisation leaked a vast trove of diplomatic cables and Iraq and Afghanistan war logs a few years ago, has been staying in the Ecuadorian embassy in London for a year.

Britain is refusing to grant Assange safe passage out of the embassy so he can travel to Ecuador.