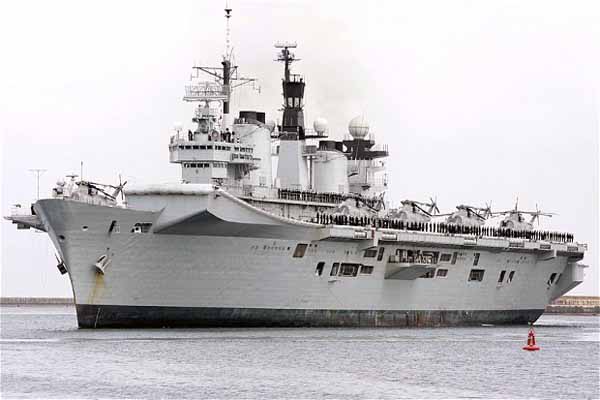 British warships arrived in Gibraltar on Monday for scheduled exercises amid tensions with Spain over fishing around the British Mediterranean enclave. Although British, Spanish and Gibraltarian authorities have said the navy's arrival at the British overseas territory is long-scheduled, some in Spain see it as provocative. At about 0715 GMT the frigate HMS Westminster was seen approaching the port of Gibraltar flanked by two smaller ships. Gibraltar's creation of an artificial reef with concrete blocks, which Spanish fishermen say blocks their access to certain waters, has prompted Spain to toughen its border checks, leading to long queues for workers and tourists entering Gibraltar. Spain claims the territory, population just 30,000, which it ceded to Britain by treaty 300 years ago.

"In the 19th century, gunboats were used to do politics," he said.

"Today our aim is to improve the living conditions of our citizens by means of cooperation. Unfortunately, Spanish politicians are currently bringing the situation to a head and therefore making things worse for their own citizens in the surrounding regions."

As well as tightening border controls, Spain has threatened to charge tourists a 50 euro ($67) border levy, restrict the use of Spanish air space or block Gibraltar's lucrative ship fuelling business.

While Spain has threatened to take its claim to Gibraltar to the United Nations, Britain has asked theEuropean Commission urgently to send monitors to verify whether the border checks breach EU rules.